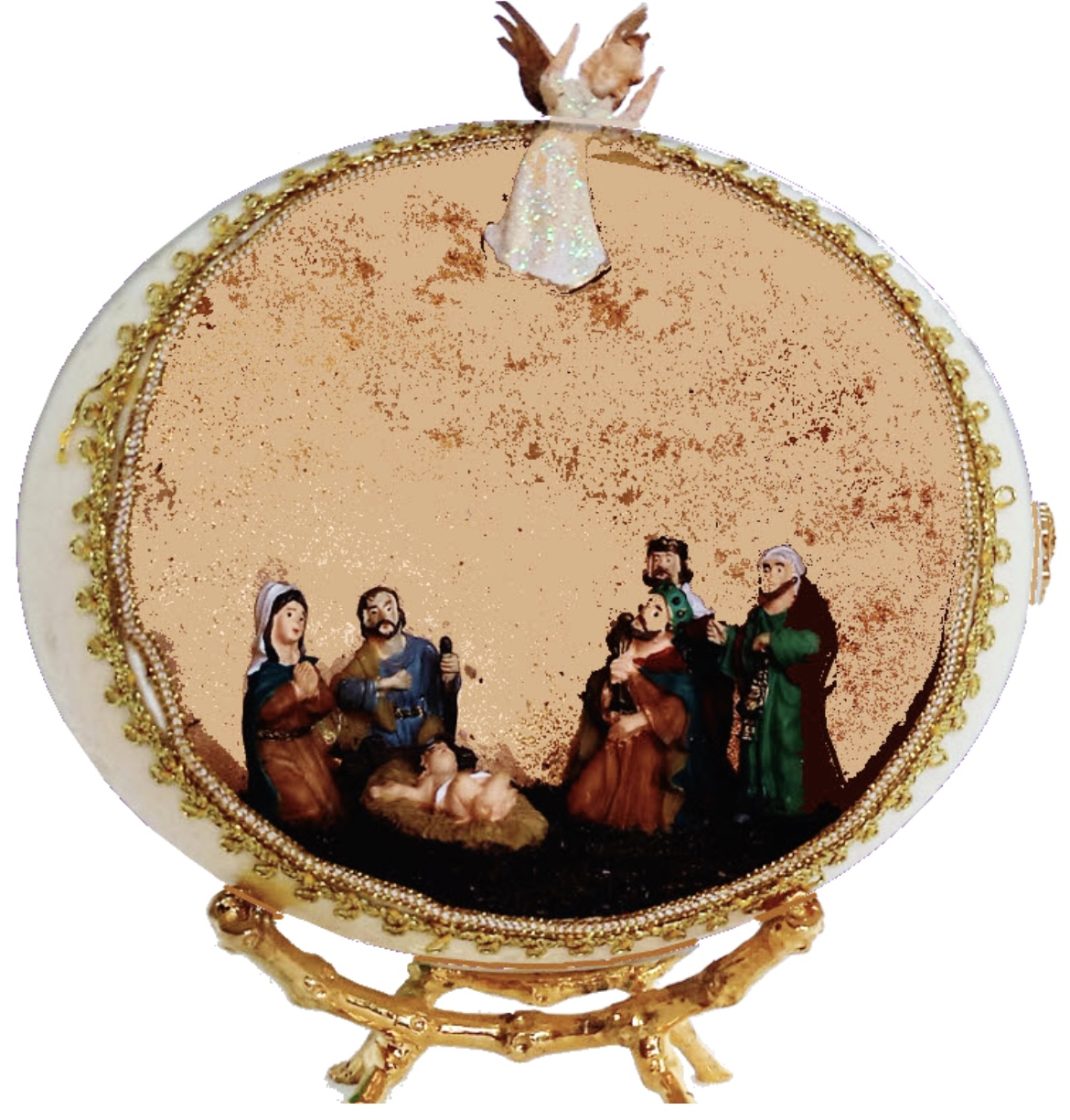 An Innuit nativity from Northern Canada, a Slovakian nativity made from corn-husks and a nativity in an emu egg were just a few of more than 150 scenes on display at the Nativity Exhibition last weekend.

“For the past four years, the Nativity Exhibition has been run as an ecumenical venture involving Holy Rosary Catholic Parish, Holy Cross Anglican Parish and St Margaret’s Uniting Church,” he explained.

“In addition to hosting the nativity display in the Uniting Church Hall, a Christmas musical festival was run at the Anglican Church in parallel, and the exhibition was closed with an inter-church ‘sausage sizzle’ and Carols by Candlelight attended by over 200 people.

The exhibition also featured 100 drawings of the nativity by children from Holy Rosary School, creating a “delightful environment”.

Mr Linard said the exhibition was an opportunity to put Christ back in Christmas. A nativity made from corn-husks. Slovakia (2015)

“For me, it is also an opportunity to build relationships among the different Christian denominations,” he said.

The majority of the nativity sets belong to Mr Linard himself, who began collecting them after seeing grandparents using nativity displays to tell the story of Christmas and introduce Christian theology to their grandchildren.

“The Nativity Expo provided the opportunity for gentle evangelisation,” he explained.

His personal favourite is an exquisite Mexican nativity, integrating the indigenous myth of the ‘tree of life’ with the Gospel story.

Over 800 people attended the exhibition, with children particularly drawn to a nativity from the Huamanga province in northern Peru.

“In the nativity set, even the angel has a hat! One 8-year-old boy surmised that angels probably fly close to the sun, so a hat is desirable.”

As hospitals, schools and businesses prepare to deal with the spread of the coronavirus, the Catholic Archdiocese of Canberra and Goulburn released new protocols in ... Read More