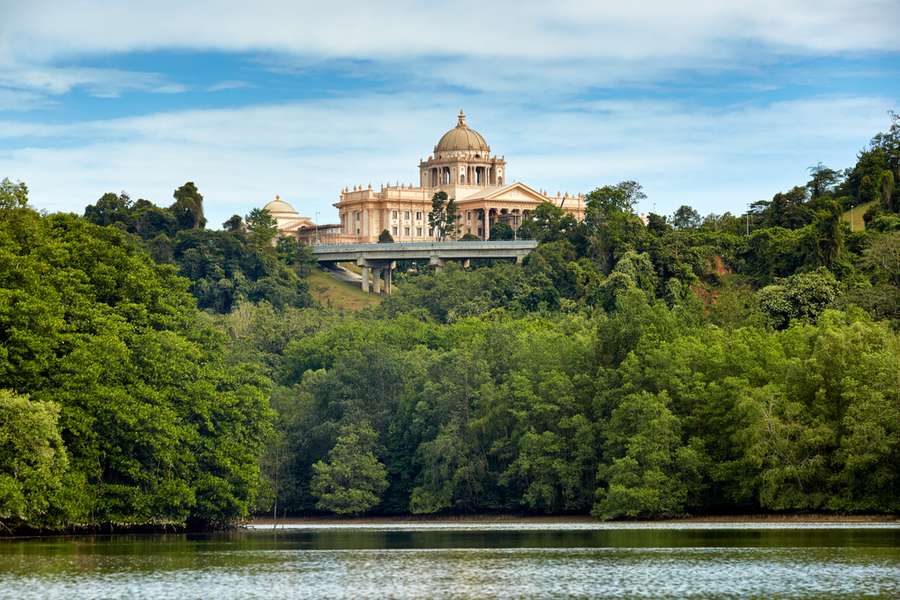 The palace of the sultan of Brunei in Bandar Seri Begawan Credit Truba7113 ShutterstockBANDAR SERI BEGAWAN, BRUNEI: Brunei implemented Wednesday a sharia penal code that punishes such crimes as adultery, sodomy, rape, and blasphemy of Muhammad with the death penalty.

“Brunei Darussalam has always been practising a dual legal system, one that is based on the Syariah Law and the other on Common Law,” Brunei’s prime minister’s office said March 30.

“In fully implementing the Syariah Penal Code Order (SPCO) 2013 from 3rd April 2019, both systems will continue to run in parallel to maintain peace and order and preserve religion, life, family and individuals regardless of gender, nationality, race and faith.”

It noted that its sharia law, “apart from criminalizing and deterring acts that are against the teachings of Islam … also aims to educate, respect and protect the legitimate rights of all individuals, society or nationality of any faiths and race.”

Brunei is a country of 2,200 square miles located entirely on the island of Borneo. It is an absolute monarchy led by Sultan Hassanal Bolkiah, and about two-thirds of the population is Muslim.

The country had already begun adopting sharia for Muslims in 2013.

The sharia penal code includes differing punishments for Muslims and non-Muslims, and adults and minors.

Under the newly-implemented code, lesbian sex will be penalized with a fine up to $40,000, whipping up to 40 strokes, or up to 10 years imprisonment; and theft with amputation.

Those who encourage Muslims to apostasize will be subject to a fine and imprisonment, as will those who persuade someone having no religion to become a believer of a religion other than Islam.

It punishes anyone who commits qatl (homicide) on a fetus by intentionally causing its miscarriage will be punished with diya (monetary compensation to the child’s heirs) and with up to 15 years imprisonment.

As the code was put into force, Hassanal Bolkiah said that “I want to see Islamic teachings in this country grow stronger.”

Sodomy was already criminalized, and previously carried a punishment of up to 10 years imprisonment.

Capital punishment was already a punishment for some crimes, though Brunei has not executed any offenders since 1957. The burden of proof to carry out the death penalty is particularly high, requiring several competent, adult Muslim witnesses of the crime in most cases.

The Catholic Church has consistently taught that the state has the authority to use the death penalty, in cases of “absolute necessity,” though with the qualification that the Church considered such situations to be extremely rare.

St. John Paul II said that “the dignity of human life must never be taken away, even in the case of someone who has done great evil.” He also spoke of his desire for a consensus to end the death penalty, which he called “cruel and unnecessary.”

And Benedict XVI exhorted world leaders to make “every effort to eliminate the death penalty” and said that ending capital punishment was an essential part of “conforming penal law both to the human dignity of prisoners and the effective maintenance of public order.”

In a 1986 letter to the bishops on the pastoral care of homosexual persons, the Congregation for the Doctrine of the Faith stated that “it is deplorable that homosexual persons have been and are the object of violent malice in speech or in action … but  the proper reaction to crimes committed against homosexual persons should not be to claim that the homosexual condition is not disordered.”

“When civil legislation is introduced to protect behavior to which no one has any conceivable right, neither the Church nor society at large should be surprised when other distorted notions and practices gain ground, and irrational and violent reactions increase,” the congregation stated.

In 2003, the U.S. Supreme Court struck down a Texan anti-sodomy law in the case Lawrence v. Texas, on the basis of the right to due process.

Reacting to that decision, Bishop Wilton Gregory, then the Bishop of Belleville and president of the US Conference of Catholic Bishops, said the court “has chosen to view homosexual behavior between consenting adults as a matter of privacy. However, human sexuality cannot be viewed this way. Sexual activity has profound social consequences which are not limited to those immediately engaged in sexual acts.”

He added that “The Catholic Church teaches, in agreement with other faith traditions and with what were once the norms generally accepted by society, that sexual activity belongs to the marital relationship between one man and one woman in fidelity to each other. This relationship is the basis of the family which is the basic unit of society. Respect for the purpose of human sexuality and the family needs to be reaffirmed in our society; and anything which reduces respect for them – such as yesterday’s Supreme Court decision – is to be deplored.”

NEWER POSTTo Christchurch: From Cooma, with love
OLDER POSTArchdiocesan Youth Gather as ‘ONE’