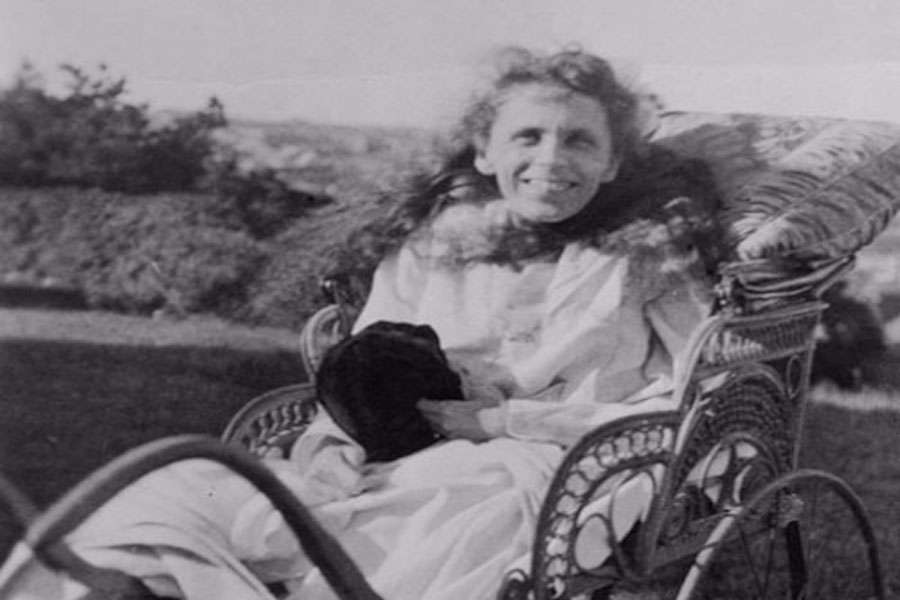 Sydney, Australia, Oct 23, 2019 / 06:00 pm (CNA) – On Wednesday, Archbishop Anthony Fisher OP of Sydney announced the opening of the cause of canonization for Eileen O’Connor, a young Australian woman who founded the order Our Lady’s Nurses of the Poor, also known as Brown Nurses.

As someone who cared for the poor and the sick, and who suffered greatly because of her own physical ailments, “Eileen becomes for us a symbol of hope in our time when so many issues where the life and dignity of the human person are under question,” Bishop Anthony Randazzo of Broken Bay told the Catholic Weekly.

Randazzo said he became familiar with the work of the Brown Nurses, so called because of their brown habits, while he was a priest in Brisbane in the 1990s.

“I have seen the way they have quietly worked amongst the poor and the dying and the spirit – the gentle but consistent spirit of Eileen O’Connor- was very obvious,” he told the Catholic Weekly.

Born in Melbourne in 1892, Eileen suffered an injury at the age of three that would leave her paralyzed for some years and then confined to a wheelchair and in pain for the rest of her life. Doctors now believe Eileen suffered from undiagnosed Pott’s Disease (tuberculous osteomyelitis).

According to Our Lady’s Nurses for the Poor biography of Eileen, despite her suffering and her lack of much formal education or religious formation, “Eileen embodied a distinctive spirituality marked by an unwavering devotion to Our Lady and her own willingness to endure a lifetime of suffering.”

In collaboration with a priest and family friend she met at her home parish, Fr. Edward (Ted) McGrath, O’Connor worked to found a ministry that would serve the poor in their own homes in honor of the Blessed Virgin Mary. McGrath was a priest of the Society of the Missionaries of the Sacred Heart.

Both McGrath and O’Connor had a devotion to Mary and a heart for the poor that came from their own family backgrounds, Our Lady’s Nurses note on their website, including the death of O’Connor’s father in 1911 that left her family financially unstable. At the time in Australia, little to no government assistance was available to those who were unable to work due to illness or other reasons.

The order of nurses officially opened at Our Lady’s Home at Coogee in April 1913, but soon after it would face threats from church authorities, including that McGrath would be expelled from his order for his continued work with the ministry.

After McGrath and O’Connor made a 1915 trip to Rome, McGrath was reinstated in his society by the Vatican but would not return to Australia until the 1940s. Instead he traveled to Britain, where he would become a chaplain for the British Army during World War I. He was awarded the Military Cross and nominated for the Victoria Cross for acts of bravery in war.

After traveling in Europe and an audience with Pope Benedict XV, O’Connor returned to Australia and continued to oversee the work of the order she had founded. On January 10, 1921, at the age of just 28, O’Connor died at Our Lady’s Home.

Today, Our Lady’s Nurses for the Poor continue their ministry in Sydney, Newcastle and Macquarie Fields. The Brown Nurses, now an independent ministry of the Sisters, are employed nurses sent to the homes of the sick and the poor to care for them.

The Catholic Church in Australia has had a tumultuous year of clerical sex abuse scandals, including the controversial high-profile trial and conviction of Cardinal George Pell. Dr. Jocelyn Hedley, a who wrote a biography on O’Connor, told The Catholic Weekly that “the opening of Eileen’s cause may well represent a change for things in Australia.”

Hedley added that O’Connor is an inspiration for those who suffer.

“Regardless of what our weaknesses, frailty, and vulnerabilities are, Eileen O’Connor is a tremendous inspiration for us all. Each of us can turn these things into great treasures when joined with Our Lord’s own suffering which is what Eileen perpetually did.”

In his edict announcing the opening of the cause, Fisher asked that anyone with knowledge of or documents from O’Connors life to come forward and contact the Archdiocese with such information.

Eileen O’Connor’s current title is Servant of God. If an inspection of her life finds that she lived with “heroic virtue”, she will be given the title of Venerable. In order to be beatified, an approved miracle must occur through her intercession for which there is no other cause or explanation.

Projected images detailing the life of St. Peter the Apostle are seen on the facade of St. Peter's Basilica at the Vatican Oct. 2, 2022. ... Read More

NEWER POSTDenis the Archivist, hidden away like his historical gems
OLDER POSTMissionary Disciples called to use their hands, hearts, and heads