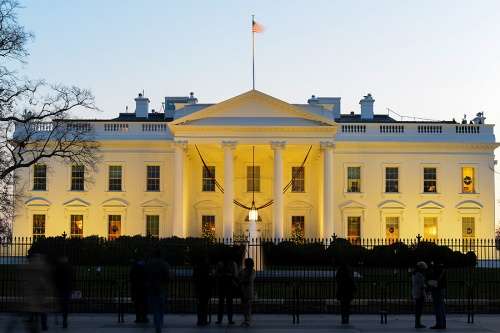 Washington D.C., Nov 21, 2019 / 05:19 pm (CNA) – After the US Congress passed a bill Wednesday showing solidarity with Hong Kong protesters, China threatened President Trump if he would not veto the legislation.

China’s foreign ministry spokesman Geng Shuang demanded Nov. 20 that Trump veto the Hong Kong Human Rights and Democracy Act “before it’s too late,” adding that “If the US continues to make the wrong moves, China will be taking strong countermeasures for sure,” according to al-Jazeera.

The bill was passed in the House by a vote of 417 to one.

The act shows solidarity with protesters in Hong Kong, a special administrative region on China’s coast that for a century was a British colony, until its return to China in 1997.

The agreement of Hong Kong’s return was that the region would retain its own economy and legislature, although there have been ongoing concerns about Beijing’s efforts to influence and exert pressure on Hong Kong.

Massive protests in Hong Kong began in June over an extradition bill, but have morphed into larger actions against police brutality and in favor of democracy and greater freedoms.

The legislation passed by Congress on Wednesday directs sanctions against human rights abusers in Hong Kong. It would ensure that nonviolent protesters who have been arrested or detained would not have that record held against them as a primary reason for denial of entry into the U.S.

It also seeks to hold the island’s government accountable for any U.S. technology that is transferred into the Chinese mainland for mass surveillance or policing activities by the central government.

Sen. Marco Rubio (R-Fla.), co-chair of the Congressional-Executive Commission on China and member of the Senate Foreign Relations Committee, authored the final bill S. 1838 in collaboration with the House, that passed both chambers.

Both the Chinese central government and Hong Kong’s government “continue to violate the basic rights of the Hong Kong people,” Rubio stated on Wednesday, and “the United States must make clear that we continue to stand with Hong Kongers fighting for their long-cherished freedoms.”

Sen. Ben Cardin (D-Md.) cosponsored the bill, saying it provides “additional tools to back up our long-time commitment to Hong Kong with action.”

Rep. Chris Smith (R-N.J.), co-chairman of the Tom Lantos Human Rights Commission, authored the companion bill to Rubio’s legislation that passed the House in October. He first introduced the legislation in 2014 amid growing concerns over the increasing influence of the Chinese Communist Party in Hong Kong.

On the Hosue floor before the vote on Wednesday, Smith noted recent abuses such as “the kidnapping of booksellers, the disqualification of elected lawmakers, and the political prosecutions of Joshua Wong, Nathan Law, Benny Tai and others.”

“And the Hong Kong government prefers bullets and batons over peaceful and political dialogue that would address the Hong Kong people’s rightful grievances,” Smith said.

Around 1 million took to the streets of Hong Kong in protest of the extradition bill in June; the bill would allow extradition of alleged criminals into mainland China for trial.

Although the bill was soon suspended, and then finally removed from consideration in October, the protests—largely non-violent at the outset—have continued with some outbursts of violence against both police and protesters.

Crackdowns by police that have fueled serious concerns about brutality. Authorities have used rubber bullets, tear gas, water cannons, and even live rounds in several instances as one protester was shot by police at point-blank range in a video taken Nov. 10.

Some protesters have resorted to violence against police or against other protesters, as evidenced in video showing protesters throwing Molotov cocktails at police and in one instance a masked protester setting a man on fire.

Two protesters have died in November, one falling from a parking garage during a clash between police and protesters, and another hit by a hard object from other protesters.

Some Catholics have participated in the protests as a means to fight for religious freedom. They have also expressed fears that the extradition bill could have been used by the central government to further control religion; some Catholics have been subject to a travel ban to the mainland by the central government, which is reportedly wary of mainland Catholics working with Hong Kong activists to fight for greater religious freedom on the mainland.

Local bishops have asked for an “independent commission of inquiry” to investigate police abuses and for the extradition bill to be pulled. The auxiliary bishop of Hong Kong, Joseph Ha Chi-shing, has also called for Catholics to pray the rosary and fast on Fridays for peace and reconciliation.

Rep. Thomas Massie (R-Ky.) was the lone “No” vote on the Hong Kong bill, saying on Fox Business on Wednesday that its use of sanctions against human rights abusers would “escalate” U.S.-China tensions. “You don’t pull a gun unless you’re ready to shoot it,” he said.

NEWER POSTHoly Family Gowrie adopt a new way of teaching
OLDER POSTThousands of churches, monuments and buildings will be lit in red to call for religious freedom around the world