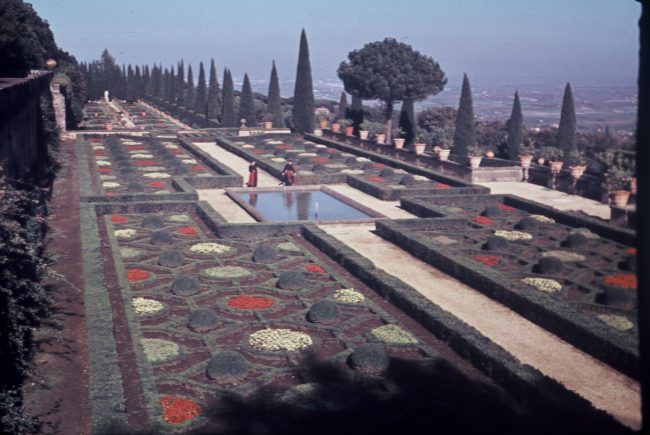 After those “settling-in days” came the real work for which we had travelled 10,000 miles, the spiritual, academic and cultural exercises to test our vocation for the priesthood.

Fortunately, these three exercises were kept separate: spiritual formation was done by College staff, academic by university staff and cultural – a sort of “romanita” absorbed  by the students from living in Rome.

For spiritual formation we were interviewed by the four Spiritual Directors to select one with whom we would meet monthly for an interview and weekly, for Confession for the next year. We also could have an “extern” for language or cultural reasons.

For our academic studies, our current progress at home after three years study of philosophy, our ability with languages, study skills , writing ability were examined.

All lectures for the next four years will be given in Latin, major text books are written in Latin and all major exams are orals given in Latin. One professor claimed that in a major exam he had the right to get an answer in any language living or dead. (I hear the modern student saying LOL to that!)

Our cultural development overflowed between the college and the university because it depended on “enthusiasts”, students and staff who had a love for the religious and cultural values of Rome that literally lay at our feet. A “closet historian” like myself couldn’t resist it.

And so after much signing of registers for different grades leading for some to a Doctorate in Theology, for others a Licentiate in Theology, the gateway to further studies in Scripture and Canon Law, we had our “mug shots” and went off to learn how to “Teach all nations”.

FROM AN OLD ROMAN – A Good Samaritan…

Lectures started the next day and we gathered in the Great Hall to hear the wisdom of our elders. The Hall held about 400 students ... Read More