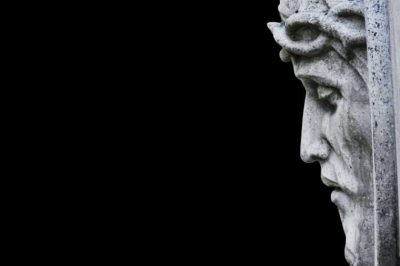 Bangalore, India, Jan 9, 2020 / 12:37 am (CNA) – Catholics in India are seeking to erect the nation’s tallest statue of Jesus, over objections by Hindu groups who say one of their gods lives on the hill designated for the project.

Work began last week on the statue, planned to be nearly 100 feet tall, on 10 acres of land owned by the Archdiocese of Bangalore. If completed, the statue would be almost as tall as Poland’s 108-foot Christ the King statue, completed in 2010. Poland’s statue is believed to be the tallest statue of Jesus in the world.

Hindu groups have opposed the project, objecting that the Kapalabetta hilltop is the abode of their deity Kapali Betta. They said Christians cannot set up a statue there.

Father Cyril Victor Joseph, chairman of the archdiocese’s media commission, told UCA News that the controversy is unnecessary and due to misleading media coverage. He said the land in Ramanagara district has long been in church possession.

“We used the same land for decades and conducted the Way of the Cross during Good Fridays,” he said. “A cross was there, and we wanted to replace it with a statue of Jesus after the land was donated to us.”

Joseph said Christians have lived in the area since 1906 when French missionaries began to work there. The village of Harobele in the Kapalabetta foothills is now a Christian stronghold, the priest said.

According to Joseph, the land was donated to a Catholic trust under the diocese in December 2019 by former state minister and Congress party leader D.K. Shivakumar, a Hindu. Shivakuma helped inaugurate the project on Dec. 25, Christmas Day.

Social activist Girish Bharadwaj has asked district officials to investigate how the politician came to own the land. A petition against the project says that online land records indicate the property was grazing land that belongs to the state.

The delegation submitted a memo and documents showing the hilltop was used by Holy Rosary Church and Christian devotees for a century, the newspaper The Hindu reported, citing unnamed sources.

Joseph said the state government has agreed to intervene, asking officials to study the issue and clarify ownership.

“Until then, we are asked to wait,” Joseph told UCA News.

J.A. Kanthraj, a spokesman for the Bangalore archdiocese, told The Hindu that the trust has not yet sought permission to set up the statue, but it will apply for all necessary permissions. The trust is raising money for the project.

On Jan. 8, The News Minute reported that the Karnataka government found multiple discrepancies with the project. An unnamed source told the news outlet that 10 acres of pasture land was illegally transferred to the trust in violation of the Wildlife Protection Act and other rules. The source said the site falls within the Cauvery Wildlife Sanctuary and construction requires multiple permissions including an environmental clearance.

The Karnataka revenue minister had said that the local authority had provided an illegal power connection and a 1.2-mile road to the construction site. Other authorities found an illegal borewell had been dug three years ago.

READ ALSO:  Pope thanks Benedict XVI for his continuing service

Karnataka’s ruling government is led by the Bharatiya Janata Party, a nationalist Hindu political party that has sometimes been criticized for extremist tendencies and policies that marginalize religious minorities.

The U.S. Commission on International Religious Freedom’s 2019 report warned that religious freedom conditions in India “continued a downward trend” in 2018. The commission warned against “the growth of exclusionary extremist narratives” that facilitate campaigns of violence, intimidation and harassment against non-Hindu minorities and lower-caste minorities from both public and private actors.

In August 2019, six suspected members of a radical Hindu group were arrested after dozens of Catholics were attacked on a Marian pilgrimage from Karnataka to Basilica of Our Lady of Good Health in Velankanni, a coastal town in south east India.

Karnataka suffered a wave of anti-Christian violence in 2008, when Hindu extremist groups led attacks on churches, schools and homes of Christians and physically beat hundreds of people. A 2011 independent report on the violence, known as the Saldhana Report, charged that attacks were pre-planned and backed by the state’s highest government authorities.

NEWER POSTArchitect calls for Notre-Dame’s roof to be rebuilt of wood
OLDER POSTBUSHFIRE VIDEO UPDATE: Celebrating the “Genius of the parish system”