It’s the full package, not just the hip pocket 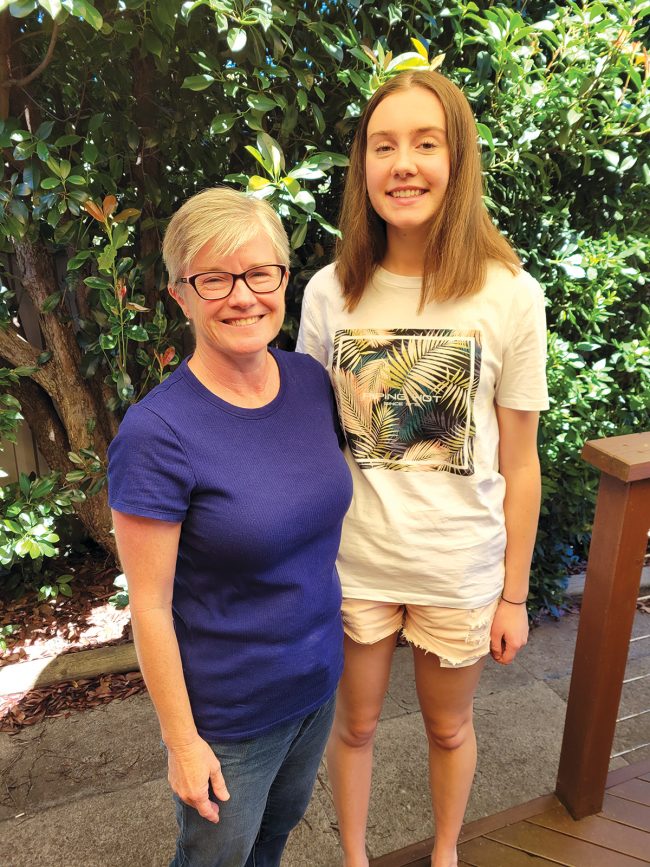 Kirsten Madsen with her daughter Riley

Is it more than the hip pocket?

Non-Catholics comprise about a third of enrolments at the Archdiocese’s 56 schools (CECG Annual Report 2019).

That’s a sizeable minority and we spoke to three non-Catholic families to find out why they had sent their children to Catholic schools.

“It was lovely, wonderful,” Kirsten Madsen says of the experience.

Kirsten and her husband John opted to enrol their daughter, Riley, at Canberra’s St Clare’s College for her secondary education.

Financially, they were in a position where they could send Riley to a Catholic high school, which was a cost-effective choice between more expensive independent schools and the government system.

But what impressed them most with Riley’s six years at St Clare’s was the school’s pastoral program and the care and support shown to students, especially when bereavements occurred in the school family.

They were also pleased the curriculum included studies of other world religions alongside the Catholic tradition.

They encouraged Riley to view religious education as “an opportunity to research, to learn, to reference”.

A similar sentiment was expressed in the non-Catholic Swain household.

“Okay, what did you learn from that?” was the question posed when that day’s religious education lessons were discussed around the family dinner table.

“It [Good Shepherd] had a good reputation and good culture. The principal was part of the community and very humane. So we felt comfortable straight away,” Sinclair said.

Financial considerations, the focus on fundamentals, proximity, and the inclusive quality of the education were all equally important for them.

As western culture had its bedrock in the Judeo-Christian narrative, Sinclair didn’t believe it was wise to divorce that narrative entirely from the education system.

“Religious education is all around us. At its core, religion is a human experience,” he said.

For Katherine Wills, a non-Catholic who works in the Catholic school system, it was the respect shown in relationships she’d seen within their local school community that stood out for her and her husband.

She explains that the school is really good at pastoral care and she loves that it’s able to accommodate – without making too much of it – the wide range of influences on a child.

“The school is an extension of the family,” she says.

Experiences will be mixed, but for these families and for many others, religious, pastoral, and financial concerns, a sense of values and community, and the quality of the school’s leadership, will all figure in their thinking.

My mother, who was Irish, used to gather us together after tea to say the Rosary. We each had our own decade to lead and ... Read More