Lasting legacy of the Sisters of Mercy in Yass The Catholic Voice recently reported on the end of an era for the Sisters of Mercy in Yass who wound up their presence in the town after an unbroken ministry of 145 years. See Last chapter for ‘sacred ladies’ of Yass Helen Holgate was a student at the Sisters of Mercy Mount Carmel boarding school in Yass from 1958-62 and shares her reflections below on her time at the school.

Ex-students of Mount Carmel Yass boarding school (MCY) recognize a considerable debt of gratitude to the Sisters of Mercy.

In the 1950s MCY students came from diocesan towns, Sydney, and the Mercy Sisters missionary villages in New Guinea.

The boarding school contributed economic value to Yass community with flow on benefits to the wider community. Across the diocese the Mercy Sisters were especially renowned for their social works supporting family and individual needs.

They identified promising female students. Families were encouraged to consider the child’s eligibility for a State Government Bursary to meet senior boarding school fees. They offered MCY bursaries and educated paying students. Many student lives were altered by experiences in these formative years.

The Sisters encouraged MCY’s students to develop skills in academic pursuits including study through higher education. Students were trained by the nuns who were avid sports fanatics to win interschool sporting events and town competitions through to State levels. 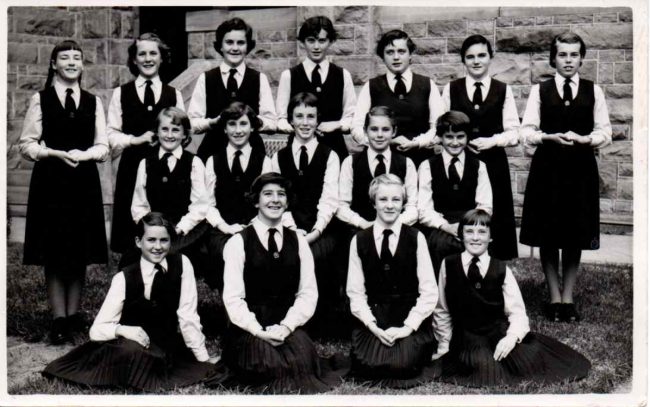 The Sisters were tough disciplinarians. Verbal and physical punishment was supported by parents keen to see their children achieve from the opportunities offered.

Mount Carmel ex-students play a significant and widespread role in the general community built on the values instilled by the Sisters of Mercy.

Many people hold historic treasured memorabilia that should be preserved for posterity to ensure the Sisters of Mercy are remembered.

A farewell mass in Yass to celebrate the Sisters of Mercy, originally scheduled for 18 August 2021, has now been deferred to a later date.

Identical twins, Fathers Patrick and John O’Neill CSsR, never had any doubts about what they wanted to be BY CATHERINE SHEEHAN     IDENTICAL twins, ... Read More