With the first session of the Plenary Assemblies planned in October, Catholic Voice asked several parishioners about their involvement with the Plenary process and the benefits they see for the local and Australian church.

In discerning the power and movement of the Holy Spirit, the discussions as we move towards the Plenary Council could be summarized in one word, hope. Representatives discussed the strong faith that has sustained us in difficult times, that despite spiritual distance from the church, families are increasingly presenting their children for Baptism, sacramental programs are bringing people back in touch with their faith, and the love and light of Christ is still shining. There is hope.

There are issues that are not unique to parishes. We share sadness at the scandals within the church, we lament the decreasing numbers of young people, rural parishes suffer the tyranny of distance and lack of priests and good catechesis is missing. Some issues we disagree on, but God is not a God of confusion, so we keep listening to the Holy Spirit and discern what is God’s will, and what is our will. I told someone I had participated in a Zoom meeting to discuss issues related to the Plenary Council. He said, “Isn’t that just for bishops?” I could see his viewpoint. The hoped-for discussions by Catholic laity have been less frequent than I expected when the Plenary was first mentioned. Sadly the message is not getting through to most in the pews. Nor is it reaching those who don’t go to church – a vast group we should be listening to.

I wonder if our church wants to hear from the people. The issues raised in the meeting were important but too few are aware of the conversation. Are we satisfied with the way our church is going? I’m not and I know others who would say the same. If our leaders don’t hear our voices, we cannot complain later that they are ignoring us. Our silence will be taken as expressing satisfaction with the status quo. We are in a God-moment opportunity. A movement of the Spirit is abroad, dismantling our entrenched mindsets, opening our hearts and spirits for conversion, giving us ears to hear, eyes to see, and calling us to confidence in God reshaping our church in Australia. When everything can seem to be going wrong, falling apart, diminishing resources, in the midst of an increasingly hostile public stance towards Christianity, this is the very time when the Holy Spirit’s presence and action encompasses us, encourages us, strengthens and equips us in the task before us.

Wisdom, discernment, courage, boldness, and humble, loving trust in God at work will enable the gradual reshaping. We are on the way. The Plenary Council process is key to this new movement. It is a moment to recognise, affirm, build up, encourage all the often heroic efforts of legions of faith-filled people living the Gospel. We are the church. My reaction to the announcement of a Plenary Council was that it would be primarily concerned with legislative and governance. I now realise that, as Archbishop Costelloe [President of the Plenary Council] makes clear, the Plenary Council is a “Journey of Discernment” where we respond to Vatican II’s mandate to scrutinize the signs of the times and interpret them in the light of the Gospel.

The Plenary Council Working Document notes: It is not therefore a matter of inventing a “new programme”. The programme already exists: it is the plan found in the Gospel and in the living Tradition… but it must be translated into pastoral initiatives adapted to each community. Archbishop Costelloe says: “Long after the second of the two formal Assemblies is concluded we will still be trying to listen to what the Spirit is saying so that we can continue to delve into the depths of the question of what God is asking of us in Australia.” 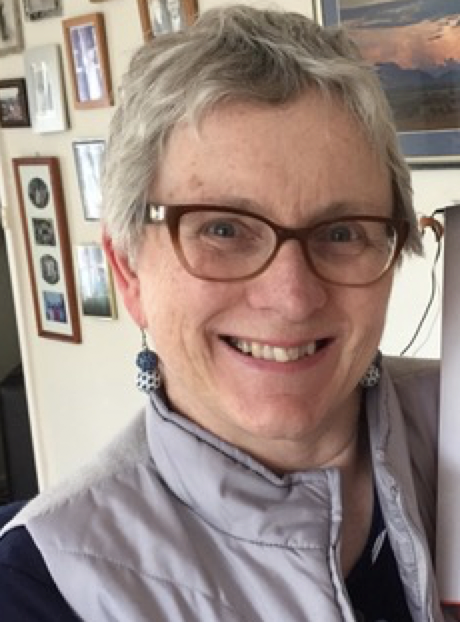 I think of the Plenary Council as an opportunity to stop and consider the Church in Australia; how we are, what we could or should be, and how we can get there. I am heartened by the willingness of people to struggle with the big questions; to consider how we can become more faithful, hopeful, authentic and caring people of God.

In my parish we held several meetings. The numbers were small, and they were made up of people looking for renewal and reform. It is not clear what others think – silence is hard to interpret. Challenges have included: suddenly being asked for our opinions with little input or formation; the pandemic; the broad range of Catholic experiences and expectations; cynicism and anxiety about outcomes; and an apparent lack of unity and leadership from the bishops. This once-in-a-lifetime opportunity to refashion our Church communities and structures is precious. I hope we can all be actively engaged.

Every year, Catholics come together across Australia to acknowledge and celebrate the gifts of Australia’s First Peoples in the Catholic Church. This year is particularly ... Read More

NEWER POSTCOMMENTARY: A theology of gift and grandparents
OLDER POST‘Man of courage’ Tim Fischer to be honoured with Oration