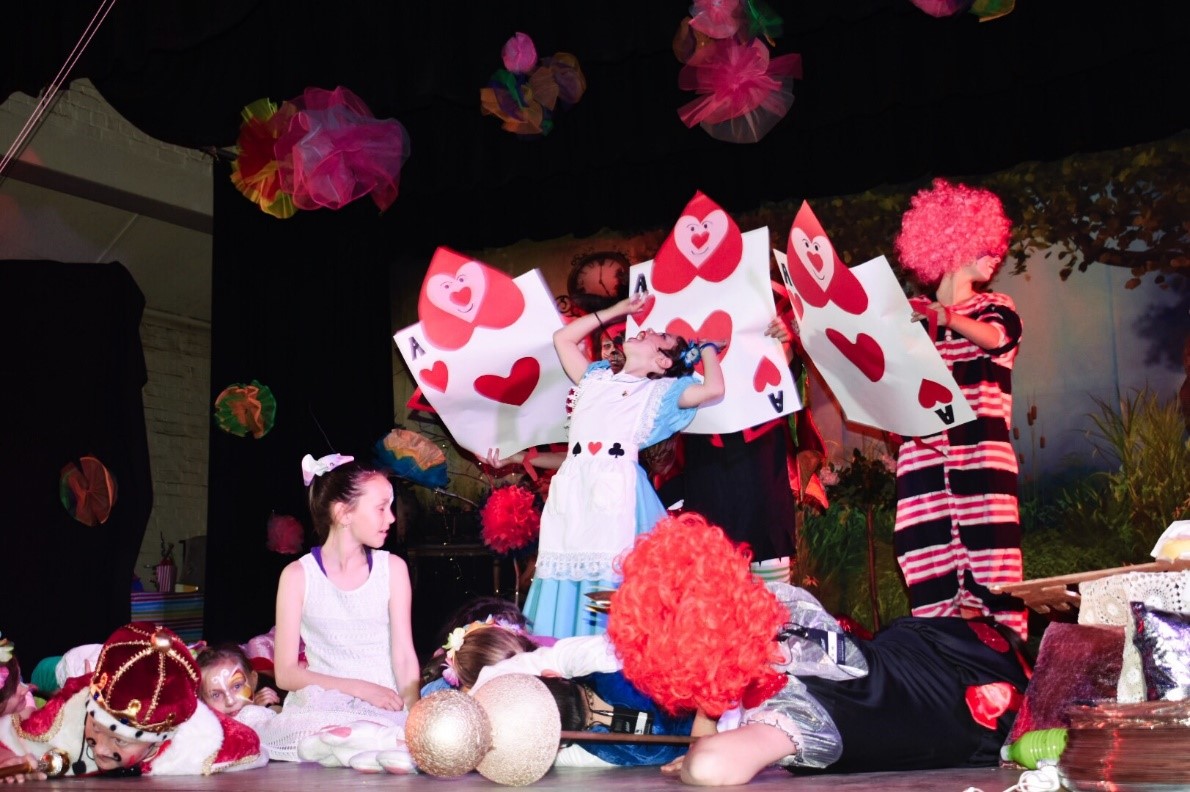 Trinity Catholic School in Murrumburrah has certainly placed itself on the map in 2018.

In the last week of Term Three, after months of preparation, all the children from Kindergarten to Year Six were involved in the school musical, Alice In Wonderland.

An amazing night was had by all. The stage and auditorium was transformed into a wonderland of creatures great and small from the White Rabbit to the Cheshire Cat, Mock Turtle and the Mad Hatter. All of whom were part of Alice’s ‘curious’ dream.

Every guest who entered through the ‘Rabbit Tunnel’, under the arches of strange-looking clocks and into the wonderland of sparkling trees, giant teacups and overgrown flowers, felt the transformation into the curious wonderland of Alice’s dream from Lewis Carroll’s timeless tale, ‘Alice In Wonderland.’

The story begins one summer day when Alice was sitting on the riverbank with her sister. Alice was bored and looked out into the meadow, when she saw something very peculiar.

She saw a large white rabbit running past her looking at his watch saying “Oh dear! Oh dear! I shall be late”. Then he popped down a rabbit hole.

Alice, being the curious girl she was, followed the rabbit down the hole and found herself in a land with many wonders. It was a wonderland.

She met some interesting creatures including the King and Queen of Hearts, the Mad Hatter and the March Hare. She found that many creatures in this land didn’t have the best of tempers and didn’t want to help Alice figure out where to go and what to do.

Alice also found herself changing sizes after eating or drinking things she found. When Alice was in this land she expected the unexpected and didn’t think much of the unusual occurrences. As much as Alice thought it interesting being with these strange creatures and trying to get along with them, she wondered when she would return home to her normal life or if she would. But, was there a way out or was it all just a dream?

Many thanks to the parents and friends who supported the children and teachers in this highly successful production. It was indeed a real team effort and the cooperation and assistance of the whole school community strongly reflected our objective of ‘Making Jesus Real’ at Trinity Catholic School.

One of the world’s most prolific designers of places of worship has said people can’t create a “sacred space”, but spaces become sacred when they ... Read More