People need the caress of God

No public Masses but churches will remain open. These are the new protocols announced today by Archbishop Christopher Prowse in response to tighter government controls.

But the Archbishop said people still needed to feel “the caress of God” and he urged Catholics to support one another with prayers, phone calls, smiles, and greetings.

“The Federal Government has decreed that places of worship are to close so there will be no public Masses and no prayer gatherings in churches such as the Rosary and parish prayer groups,” Archbishop Christopher said.

“But churches will remain open for private prayer and devotion which is important.” 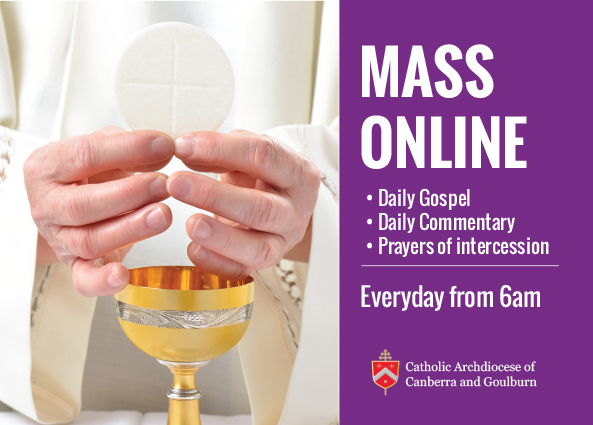 Referring to Pope Francis’ image of the church as a field hospital after battle, the Archbishop said COVID-19 had become a new battleground for the world and our diocese.

“The church is very much a field hospital so let us rise up in faith and meet this new challenge,” he implored.

“At the same time, as well as the church being a field hospital responding to needs as they emerge, let us remain spiritually close in faith to each other.

“If people cannot come to church, let the church go to our people online and in other ways such as prayer intercession, telephone calls, smiles, and greetings. They all matter a great deal.

“Let us keep our eyes on the Lord and see this as a time to allow the caress of the Lord, which is a beautiful expression used by Pope Francis. People want and need to feel the caress of God, the closeness of God. We must respect the protocols around social distancing and self-isolation but we must also ensure we remain spiritually close and that our people feel that closeness to God and our church.”

Daily Mass is available on the Catholic Voice website from 6 am.