PNG priest tells the sad story of the men on Manus 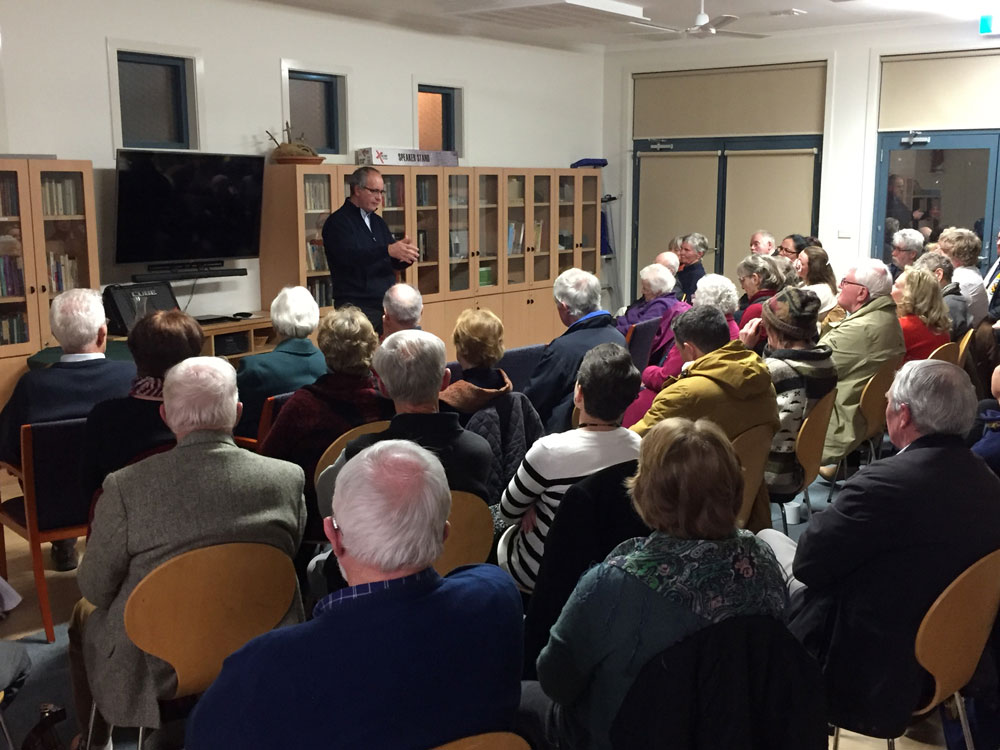 On August 14, Father Giorgio Lucini, the General Secretary of Catholic Bishops Conference of PNG and the Solomon Islands spoke about ‘Manus: the PNG Perspective’ at the Mary Help of Christians Parish Hall. Sixty five people attended his talk.

Father Giorgio has visited the refugees and asylum seekers on Manus twice this year. He has also been a regular visitor to the men transferred to Port Moresby.

On his first visits in January he said he saw “evil”. He met men in very poor physical and mental health due to six years of incarceration and inadequate medical treatment. Shocked by this he wrote an open letter to the Prime Minister of PNG.

In a recent sad development, 50 men in Port Moresby were moved into a new detention centre, paid for by Australia. Their mobile phones were taken from them, denying them contact with their families. This re-incarceration and isolation will have a detrimental impact on their health. And, without access to phones, doctors in Australia can’t now monitor their health nor recommend their evacuation if needed.

Father Giorgio returned to Port Moresby two days later and is now again tirelessly working to support these sick and vulnerable men. How can we help them?

Firstly we can ask our Government to quickly find a safe place where all these men can settle permanently and begin to re-build their shattered lives.

Secondly, while they wait for re-settlement, we can support them through groups such as the Canberra ecumenical organisation, Manus Lives Matters (MLM).