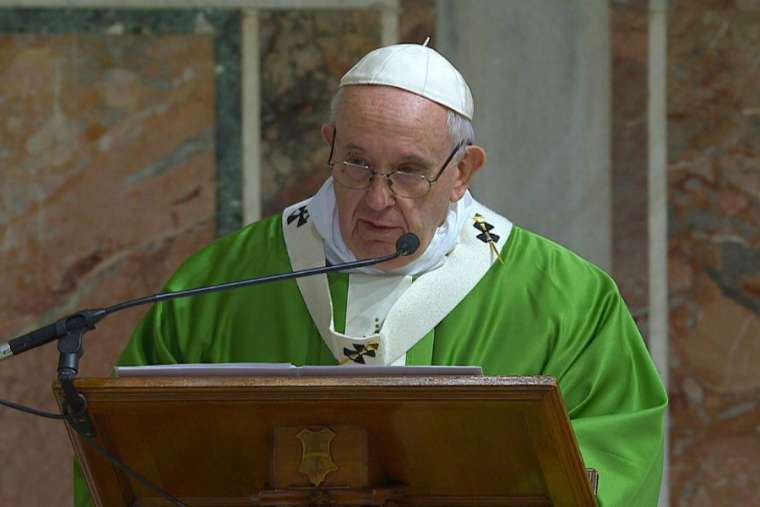 VATICAN CITY: Pope Francis Sunday outlined eight points that the Church will focus on in an “all-out battle” against the sexual abuse of minors to, he said, “turn this evil into an opportunity for purification.”

“We need to recognize with humility and courage that we stand face to face with the mystery of evil, which strikes most violently against the most vulnerable, for they are an image of Jesus,” Pope Francis said on February 24 following the Vatican summit’s closing Mass in the Sala Regia.

“For this reason, the Church has now become increasingly aware of the need not only to curb the gravest cases of abuse by disciplinary measures and civil and canonical processes, but also to decisively confront the phenomenon both inside and outside the Church,” he continued.

The pope’s closing address for the Vatican sex abuse summit Feb. 21 – 24 was filled with statistics on the overall phenomenon of all child sexual abuse worldwide, most of which occurs within the context of the family, Francis pointed out. However, these statistics can only provide explanation of the phenomenon, but not the meaning behind the acts, the pope said.

The meaning behind child sex abuse comes from “the present-day manifestation of the spirit of evil,” he said, later adding that consecrated persons who commit such crimes become “tools of Satan.”

“Today we find ourselves before a manifestation of brazen, aggressive and destructive evil,” he said. “We need to take up the spiritual means that the Lord himself teaches us: humiliation, self-accusation, prayer and penance. This is the only way to overcome the spirit of evil. It is how Jesus himself overcame it.”

Building upon the World Health Organisation’s “Seven Strategies for Ending Violence against Children,” the pope presented eight guidelines to aid the Church in “developing her legislation” on the issues.

The eight guidelines can be summarised as follows:

“The Church’s aim will thus be to hear, watch over, protect and care for abused, exploited and forgotten children, wherever they are,” Pope Francis said.

“To achieve that goal, the Church must rise above the ideological disputes and journalistic practices that often exploit, for various interests, the very tragedy experienced by the little ones,” he continued.

Francis said that, “the brutality of this worldwide phenomenon becomes all the more grave and scandalous in the Church, for it is utterly incompatible with her moral authority and ethical credibility.”

Twice in his speech, the pope highlighted “the scourge of pornography” and its influence on violence against minors.

We need to “encourage countries and authorities to apply every measure needed to contain those websites that threaten human dignity,” Pope Francis said, adding that the Church should consider raising the age limit of the crime, specified by Pope Benedict XVI in 2010 of “the acquisition, possession or distribution by a cleric of pornographic images of minors” to above its current limit of 14 years old.

“I would like to stress the important need to turn this evil into an opportunity for purification,” Pope Francis said, thanking priests and faithful Catholics who have silently and faithfully lived out their vows of celibacy.

“The best results and the most effective resolution that we can offer to the victims, to the People of Holy Mother Church and to the entire world, are the commitment to personal and collective conversion, the humility of learning, listening, assisting and protecting the most vulnerable,” he said.

“In people’s justified anger, the Church sees the reflection of the wrath of God, betrayed and insulted by these deceitful consecrated persons. The echo of the silent cry of the little ones who, instead of finding in them fathers and spiritual guides, encountered tormentors, will shake hearts dulled by hypocrisy and by power. It is our duty to pay close heed to this silent, choked cry,” Francis said.

The pope made “a heartfelt appeal for an all-out battle against the abuse of minors both sexually and in other areas, on the part of all authorities and individuals, for we are dealing with abominable crimes that must be erased from the face of the earth.”

Later in his Angelus address, Pope Francis reflected on the Gospel’s emphasis on mercy and loving one’s enemy. He stressed that “if our hearts are open to mercy … we proclaim before the world that it is possible to overcome evil with good.”

Embracing the power of silence in meditative conference

Conferences are often described as “talkfests” but a Conference coming up at Australian Catholic University will explore the power of not talking. Read More