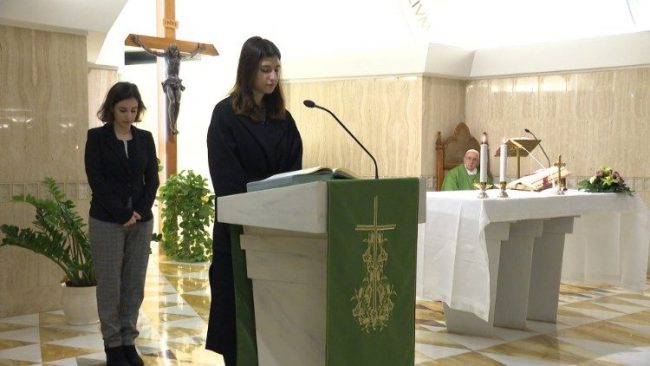 On Jan. 11, Pope Francis published an apostolic letter issued motu proprio (which means “on his own impulse” in Latin), modifying canon law regarding women’s access to the ministries of lector and acolyte. He also released a letter to Vatican doctrinal chief Cardinal Luis Ladaria explaining his reasoning for the decision.

In the document, Spiritus Domini, the pope changed Church law so that women can be formally instituted to the lay ministries of lector and acolyte.

The pope modified the wording Canon 230 §1 of the Code of Canon Law, which previously limited the ministries to lay men.

He changed the phrase “lay men” to “lay persons,” so that the canon now reads: “Lay persons of suitable age and with the gifts determined by decree of the Episcopal Conference may be permanently assigned, by means of the established liturgical rite, to the ministries of lectors and acolytes; however, the conferment of such a role does not entitle them to support or remuneration from the Church.”

But aren’t women already allowed to serve as altar servers and readers?

Yes, in many parts of the world women serve and read at Mass. But until now they were not officially established in the role with the liturgical rites associated with the ministry of an acolyte or lector. They performed the role “by temporary designation,” under Canon 230 § 2 of the Code of Canon Law. 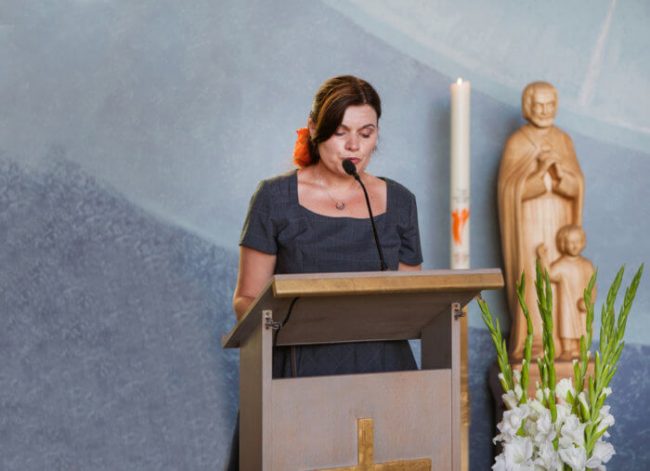 Why were the roles of lector and acolyte previously reserved to men?

The ministries were traditionally reserved to men because they were associated with what were known as the “minor orders” of priesthood: stages on the way to priestly ordination.

But in 1972, Pope Paul VI intended to abolish the minor orders in the motu proprio Ministeria quaedam. From then on, he said, lector and acolyte should be regarded as ministries, rather than minor orders. When they are conferred, he wrote, it should not be called “ordination,” but rather “institution.”

With the 1983 revision of the Code of Canon Law, Church law recognized that “lay persons” — either male or female — could “fulfill the function of lector in liturgical actions by temporary designation.” It added that “All lay persons can also perform the functions of commentator or cantor, or other functions, according to the norm of law.”

Women began to take on the functions of lector and acolyte in parts of the Catholic world, but they were not formally instituted into the ministries.

In 1994, the Congregation for Divine Worship and the Discipline of the Sacraments confirmed that bishops could permit women to be altar servers.

What reasons did Pope Francis give for the changes?

In his apostolic letter, the pope said that a number of Synods of Bishops had “highlighted the need to deepen the subject doctrinally” in light of present-day challenges and the need to support evangelization.

“Accepting these recommendations, a doctrinal development has taken place in recent years which has highlighted how certain ministries instituted by the Church are based on the common condition of being baptized and the regal priesthood received in the Sacrament of Baptism,” he wrote.

Emphasizing that these ministries were different to ordained ministry, he said: “A consolidated practice in the Latin Church has also confirmed, in fact, that these lay ministries, since they are based on the Sacrament of Baptism, may be entrusted to all suitable faithful, whether male or female.”

Does this open the way for women priests?

In his letter to Cardinal Ladaria, Pope Francis reiterated his predecessor John Paul II’s statement in the 1994 apostolic letter Ordinatio Sacerdotalis that “the Church has no authority whatsoever to confer priestly ordination on women.”

He said that the previous reservation of these non-ordained ministries to men had “its own meaning in a certain context but can be rethought in new contexts, always having as their criteria fidelity to the mandate of Christ and the will to live and proclaim the Gospel transmitted by the Apostles and entrusted to the Church.”

Who will oversee the changes?

In Pope Francis’s letter to Cardinal Ladaria, he said that the Congregation for Divine Worship and the Discipline of the Sacraments would be responsible for guiding the changes, amending parts of the Roman Missal and the rite of institution of lectors and acolytes where necessary.

Vatican: Pope Francis not in favour of optional priestly celibacy