Moving into retirement often brings numerous lifestyle changes. Here the Catholic Voice speaks with an Archdiocesan priest who is about to experience a sea change like no other. Fr Peter Miller, who hails from the small community of Ungarie where his grandparents took up land in 1914, is to retire on June 30, 2020, after twenty-two years as parish priest of Jindabyne.

Born in the West Wyalong Hospital on 22 June 1946 Fr Peter was brought up in Ungarie, a town that boasted three shops, a chemist, a small hospital and a small convent school run by the Sisters of St Joseph.  With a population of around 400, it was a close-knit community with a vibrant sporting pedigree.

Primary school was a happy time for Fr Peter where he completed not only his primary education but the first year of secondary education.

“One of the best memories I have of school was the occasional wagging when we would ride our bikes down to the dam for a swim.  A distance of around 15kms.  But in those days there was so much more freedom and people seemed more relaxed,” Fr Peter said.

When reflecting on his childhood Fr Peter recalled the times he went rabbiting and the number of pet birds that he had over the years.

Mum made the best baked rabbit in the district.

“Mum made the best baked rabbit in the district.  She would soak the rabbit in saltwater overnight and the next day stuff it and bake it – delicious.  As a young bloke, I kept a pet kangaroo and over the years numerous cockatoos.  Mum was always apologising to visitors as the cockatoos could swear like troopers!” 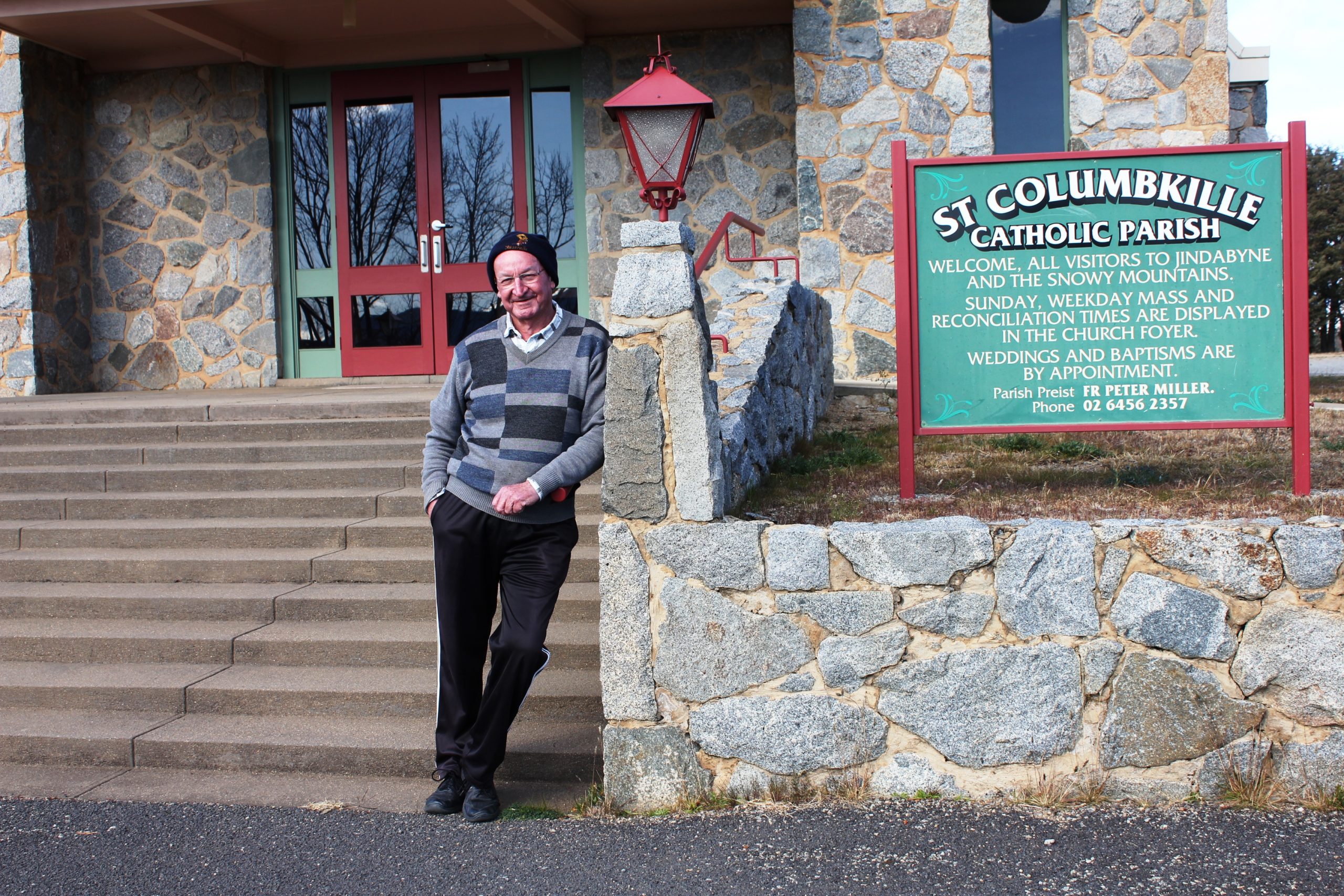 On leaving school Fr Peter returned to Ungarie and helped in his father’s store doing the accounts for a couple of years before working on the family property.  He spent the next twenty years on the farm.

When asked about his resolution to become a priest Fr Peter explained that the thoughts of the priesthood were with him all through his school days.

“On the farm I had time to reflect while on the tractor, moving sheep or fixing fences or whatever.”

But then with a trademark grin, “When I came to the conclusion that I was too old to keep playing footie I gave it some serious consideration.  After all, what else was I going to do?”

Footie was a real passion for Fr Peter and he was always impatient for the season to begin.  However, it was footie and the fact that he fell face down with a heavy bag of wheat across his shoulders that has meant, in later years, two shoulder reconstructions and the prospect of both hip and knee replacements.  The upside perhaps is that Fr Peter is unlikely to ‘rust out’ when exposed to the saltwater at Cairns.  Yes, Fr Peter is giving up the snowshoes for sandals when he moves into a retirement unit in the Diocese of Cairns – a stone’s throw from the beach.

One of the best memories I have of school was the occasional wagging when we would ride our bikes down to the dam for a swim.

Moving to St Paul’s Seminary in 1982, Fr Peter attended Sydney Randwick Tech completing Years 11 and 12 before starting formal training in 1983.  His pastoral year was spent at Cooma and in 1986 he was ordained a Deacon, completing his studies in 1987.

“It was during this time that I was informed that the prison chaplain needed assistance and that is how I began my chaplaincy work in gaols.  I continued working at Long Bay Prison until I was appointed to Queanbeyan Parish after which I spent one day a week at the Goulburn Prison,” he said.

“I was ordained a priest at St Mary’s Church, West Wyalong, on May 8, 1987.  The church where my parents were married on April 4, 1940.  My first Mass was celebrated the next day at St Joseph’s, Ungarie.”

Fr Peter was ultimately appointed as the Parish Priest of Jindabyne in 1998.  At the same time, he took on the role of prison chaplain at the Cooma Correctional Centre and has been a regular weekly visitor ever since.

“The prisoners like to be able to talk with someone from outside, “ Fr Peter explained.  “Someone who is not an officer.  I don’t always say Mass then again on occasion I may say Mass a couple of times per visit.  It is a ministry that I look forward to continuing in Cairns.” Moving is rarely easy especially when culling does not run in the family.

Fr Peter will leave with lots of positive memories about his time in Jindabyne.  He is proud of the fact that he leaves the parish on a sound financial footing and he has found great support and inspiration from the parishioners who have quietly assisted him over the years.  Whilst he will miss the people he will not miss the cold – it was just becoming too difficult and the warmth of Cairns with the shorts, sandals and beach is very appealing.

“My year at Long Bay helped me to meet people where they are at and walk with them from there,” Fr Peter said.

There is no question that Fr Peter will continue to walk with people wherever he is resident.  Happy retirement Peter.

CLICK HERE>>> to view the live stream on our YouTube channel at 11am today.   What is the significance of the Chrism Mass? During Holy ... Read More