The heart and mind of a theologian 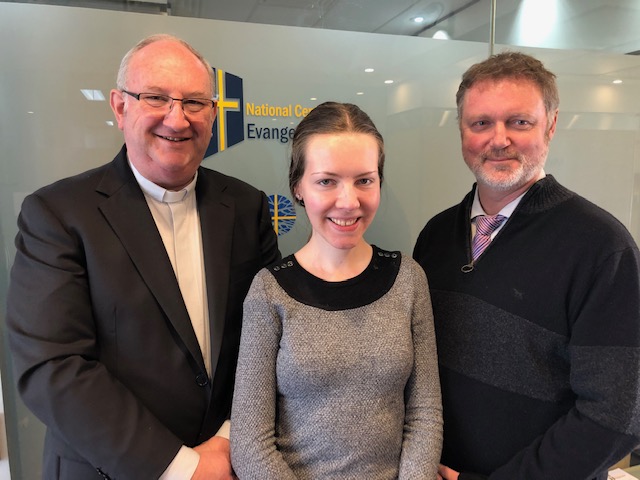 Leaving his job as director of the National Centre for Evangelisation after three years was an easy decision for Shane Dwyer.

“I try to look at things logically,” Shane explained at his farewell event at the Australian Catholic Bishops Conference (ACBC) in September.

“We all know we are going through all sorts of changes and questions about where the funds are going to come from.  I looked at the four of us in my team and it was the dawning realisation that I didn’t have the mortgage and I didn’t have the kids, so I was the easiest one to relocate.”

A popular Catholic Voice columnist and speaker, Shane will move to Brisbane in mid-November to take up a position in the Archdiocesan evangelisation team.  Before that he and his wife have scheduled a trip to Italy and will prepare their Bungendore house for sale.

The Catholic Church is in a difficult situation, Shane told ACBC staff, but we need to look for “points of light and life.”

“And we need to consider what God is asking of us”, he continued.  “We have some wonderful people who are working very hard and are hanging in there, not just us but people in the parishes and pews.  Anything I have been able to do to assist with that in a small way, well that has been my goal.”

“I thank Shane also for the opportunity he has given us to write,” Sharon went on.  “He coached me through writing a prayer book, and the other staff have written too, meaning our work is going out to the people.”

The Catholic Enquiry Centre is a key part of the National Centre for Evangelisation and Sharon said Shane had been extremely supportive of the time and effort required to assist callers. 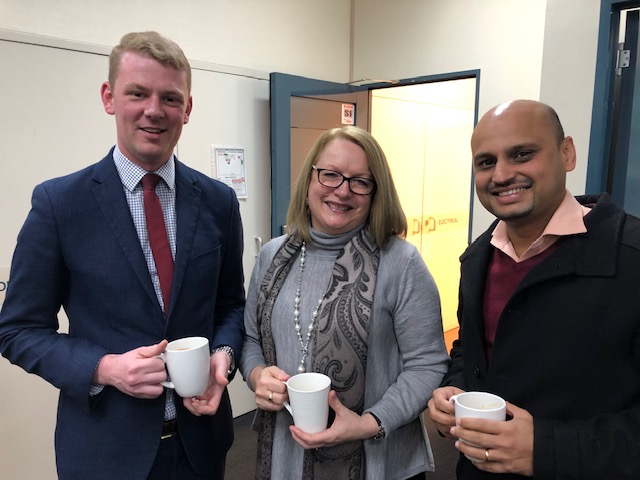 Chris Ohlsen, Louise Zavone and Alwyn Dantis from the ACBC

“For all of us, the most important person is the person who rings and asks for help,” she said.  “One-third of callers have complaints about the Church and Shane has never held back on the time we spend speaking and writing to these people.”

ACBC General Secretary Fr Stephen Hackett said Shane brought to his role “the heart and mind of a theologian”.

“He has an extraordinary ability in the world of faith and spirituality to bring the truths of the Church to people inquiring about their faith,” Fr Stephen said.  He also praised Shane’s five-year strategic plan for the centre.

The farewell event also marked the last day in the office for ACBC administrative officer Monica Nulley-Valdes, who returned from maternity leave several months ago but found working one day a week did not agree with 12-month-old son Rafael.

“He is a very stubborn boy and he went on a hunger strike when I was at work,” Monica explained.  “He wouldn’t eat or drink, which meant he was drinking all night when I got home.”

One of nine children from Campbelltown in Sydney, Monica has found a new role at St Benedict’s Church in Narrabundah.  She and husband George are parishioners at St Joseph’s Church in O’Connor where George’s cousin, Fr Paul Nulley, is the parish priest.

Monica thanked her ACBC colleagues for their support and added: “I really love spending time with my little boy.”

Please find the final Synthesis Report from the Archdiocese of Canberra and Goulburn which incorporates the Military Ordinariate of Australia.Submission Report for the 2023 Synod  ... Read More