Thursday  August 23 was a day of celebration at Trinity Catholic College, as the Episcopal Vicar for Education, Monsignor John Woods, presided over the liturgy to Bless and Dedicate six new stained-glass window panels in the Chapel of St. Patrick.

Representatives of the three religious orders were present, and apologies were received from members of the family of the late Brian Keating, who now reside in Wagga Wagga.

Since the Chapel of St. Patrick was renovated in 2010/2011, and rededicated in 2013, additions have included a new altar and ambo, a holy water font (from the Old Mortuary Chapel at St. Patrick’s Cemetery, Goulburn) and now the installation of the new stained-glass panels which are located behind the ambo.

The vision and inspiration for the new window panels can be attributed to Fr. Dermid, and MacKillop House Coordinator and College Art Teacher, Mr. John Galiazzo, was responsible for the design of each panel, which also feature acknowledgement of The Eucharist and The Word.

At the end of the celebration Monsignor Woods thanked those responsible for the planning and organisation of the liturgy and congratulated Fr. Dermid on his vision and leadership associated with the renovation of the Chapel of St. Patrick. 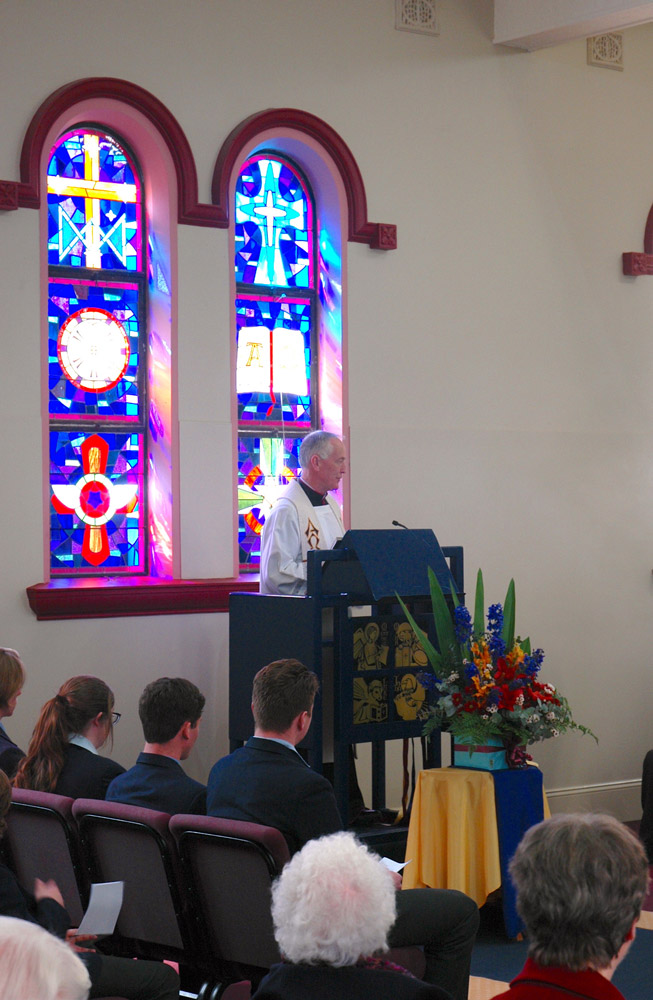 A second draft of the National Catholic Safeguarding Standards has been released prior to final adoption. Read More