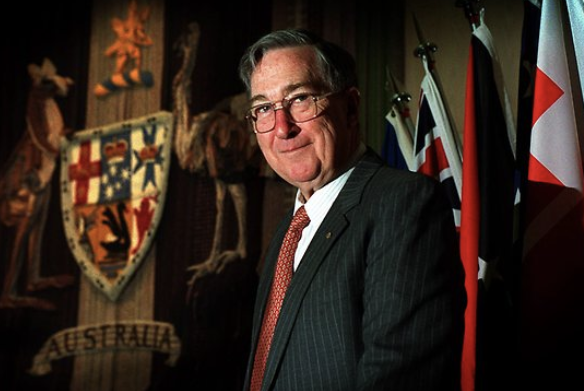 Much will be written in coming days about the contributions of Sir Gerard Brennan. A brilliant jurist remembered for drafting the lead judgement in the Mabo Decision. As his son, Fr Frank, has noted this Decision had a long gestation from his engagement in a 1969 Fijian case about land title and the international law case in 1974 concerning Western Sahara – that also contested the notion of terra nullius. Perhaps the most resonant element of the Mabo Decision was that the doctrine of terra nullius was offensive to the values of justice and human rights.

I was fortunate enough to meet Justice Brennan on several occasions – he was a warm and engaging conversationalist; devoutly Catholic; keenly interested in the social doctrine of the Church and its capacity to be transformative in the world. 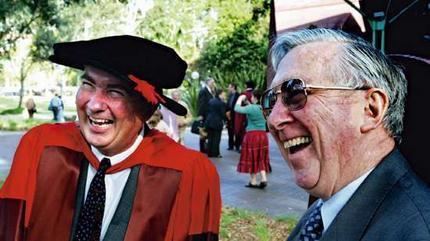 The last occasion on which we met was five years ago when Sir Gerard received the Doctor of Laws from Australian Catholic University. As is customary, he had a prepared speech that day. However, at the same ceremony, ACU’s first indigenous graduate in Law was also having his degree conferred. Sir Gerard asked the Pro-Chancellor, Mr Julien O’Connell for the honour (as he put it) of presenting this graduand with his degree.

Sir Gerard may have given his prepared address, I do not recall because of the power of his preliminary comments.  He noted that the Mabo Decision was an important elimination of what had always been in his opinion a legal fiction. However, he said that the Decision had little real meaning without a deep recognition of the dignity of indigenous peoples in such a way that they became truly equal in Australian society. He then singled out the young man receiving his degree and highlighted that this was a much more important achievement since it was a powerful symbol of the transformation necessary to ensure that First Nations Australians were able to succeed and to lead in Australia.

One of Brennan’s associates, Professor Patrick Keyzer, has noted that while Sir Gerard was a devout Catholic he never allowed his personal religious belief to interfere with his judicial responsibilities (The Australian 3 June 2022). I am sure that there was no interference. I am also confident that every aspect of Sir Gerard’s understanding of the basis and power of the law was predicated on the foundational dimensions of his faith: the absolute necessity of respect for the dignity of persons, the imperative that the law must promote justice and build the common good. These are key to Jesus call that we have life and have it to the full.

I am confident that Gerard Brennan had a clear concept of the idea of a good death – as Fr Frank noted, his death was expected and he did it well! I suspect that he would also be pleased that his death took place during Reconciliation Week – a task to which he dedicated much of his life and judicial career.

May he rest in peace.

Lanterns with messages of peace at Nagasaki's peace park (ANSA) The Catholic Bishops of Australia are calling on the government to ratify the Treaty on ... Read More