Warped notion that killing is true help to the dying 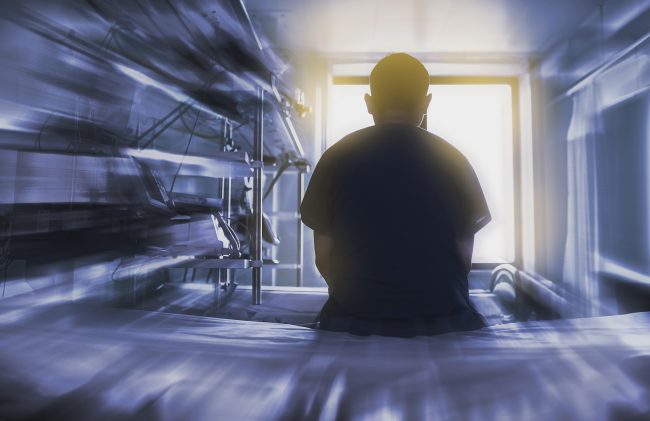 Picture this. A man, not old, is lying in a hospital gravely ill. His hapless exhausted relatives mill around, quietly praying or gossiping, the inexorable rhythm of his strident breathing the only sound breaking the muffled noises of the palliative care ward. His little dog and his girlfriend asleep on the floor beside him.

Every so often, the world breaks through. The medical staff come and go, checking his drips and his waning vital signs. Then one night, when only two of us are there, the young palliative care doctor comes in to have the conversation about dying. He is calm and clear, quietly sympathetic. The doctor wants us to be sure that we know the man is now shutting down. Death is a process, and he is now dying. But it was another three days before my brother Vincent died.

Vince died in a palliative care unit in Concord hospital, a state-run hospital in Sydney. His treatment was optimum, the care was magnificent, and of course, euthanasia was never an option. Vince was exceptionally brave, and in fact, the process of his dying was in many ways more painful for my family and his girlfriend than it was for him. But make no mistake, he was in great pain for over a year before as he had adrenal cancer, which had metastasised to his spine. His doctors admired his guts, but I know most people are not like that. So, what about people who couldn’t cope? What about euthanasia?

Although it sounds counterintuitive, witnessing Vince’s death was a positive experience. I learned from my brother’s death not only that dying is usually a process, but much suffering in that process can be largely avoided with good, modern palliative care. Indeed, I met people on that ward who went into palliative care to control their pain –  and came out again.

I emphasise the word care. Another word which should be emphasised is assistance. It means help, but using the term voluntary assisted dying to describe euthanasia is a semantic fallacy, a trick and perhaps the bleakest aspect of the push to give doctors the right to kill.

VAD emphasises the warped notion that only a doctor who is willing to actually kill someone is the true assistant to the dying. Never mind palliative care doctors who, like that young doctor, really assist a person through suffering to death. Never mind the relatives who give support and comfort through the dying process, and particularly ignore spiritual comfort. The only assistance for the dying that euthanasia advocates acknowledge as real assistance is to give medical practitioners a right to kill.

But the proponents will say, “it’s voluntary, isn’t it?” But is it? In Queensland, there is a move not only to legalise this form of medical killing, but to prevent the people working in institutions which have a pro-life religious ethical base to be exempt from having it done at the institution. The rights of the individual patient are being pitted against an institution.

Or is it? This argument is deeply flawed and based on the false premise that it is only about the rights of the person who requests euthanasia. It is not. The hospital is a whole community made up of many individuals, all of whom have agreed by working at such a facility to uphold its ethical base.

For example, in a Catholic hospital, all the staff work hard at a compassionate community of care. They all have a relationship with one another, but by denying conscientious objection to the institution as a whole, the government would effectively deny the individual consciences of each member of the staff.

All hospitals provide some things and not others. In a Catholic hospital active euthanasia, (as distinct from the withdrawal of treatment) cannot be allowed. Consequently, neither of the two doctors involved in the decision to kill a terminal patient would have come from that hospital or had any relationship with that patient. There is no requirement that the patient has even to tell the hospital of their wishes, so there would be no opportunity for the hospital to really assess the patient as competent. In the absence of institutional conscientious objection, the bizarre scenario of doctors coming in to kill a patient while the staff are left helpless is no fantasy.

So, what happened to the Queensland government’s promise of the choice of every Queenslander having palliative care? There is a provision in the bill that people have to be offered palliative care. However, there is a shortfall of 270 million dollars for palliative care, so what choice is there?

Institutional conscientious objection has been put in in South Australia’s legislation so patients can be transferred. Queensland seems not to want hospitals to be able to OPT out. Hospitals cannot allow people to come in and out and enter premises and not tell them. This is a ludicrous proposition, and more importantly, they would be giving up their duty of care, and there would be even fewer young doctors willing to practice palliative care.

However, this legislation, which appears to have been framed by green left fanatics, is not about care. Nor is it really about assistance for the dying, a large part of care. Instead, it is about trying to force institutions that for centuries have championed care, especially of the dying, and even set the protocols of the secular hospices, to abandon care and accept a false notion of assistance by killing as the only alternative to the hard business of dying.

An edited version of this article was published in The Australian, June 26, 2021

The voice of trafficked women throughout Australia will continue to be heard with the official opening of a new anti-trafficking service in Perth yesterday. Read More