A Pastoral Letter for the Feast of St Joseph the Worker 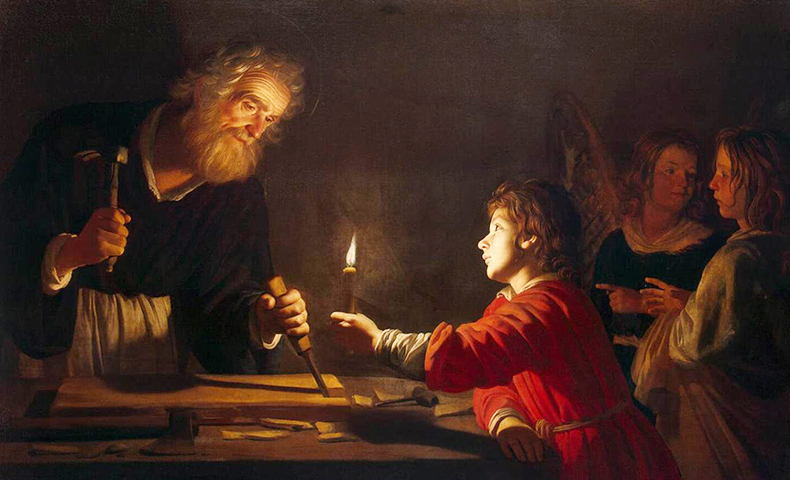 Did you know that for over twenty years now the Catholic Church in Australia has marked the Feast of St Joseph the Worker (May 1)  with a pastoral letter?

These letters place Catholic Social Teaching in dialogue with current work issues in Australia, making a uniquely Australian contribution to the Church’s teachings on work. Initiated and created by laity and bishops together – they come from and belong to the whole church.1

Like Catholic Social Teaching internationally, the pastoral letters treat just wages as a key indicator of the justice of our society. Right now the Australian Bishops, with help from our Employment Relations Reference Group, are arguing at the Fair Work Commission for the National Minimum Wage to be set at a level that would make it a living wage.2

In doing so, we stand in a tradition reaching back to Leo XIII’s 1891 encyclical Rerum Novarum (On the Condition of the Working Classes).3

We continue to argue that it is only fair that anyone working full time should receive a wage that is at least sufficient to support themselves and their family. Every working family should be able to live in ‘frugal comfort’ as Leo XIII put it.4

It is shameful that there is such a thing as low wage poverty in Australia today.

The Value of Unpaid Work

Work is not limited to paid employment. The pastoral letters affirm that people “who without pay care for children, the elderly or infirm” and “those who are volunteers in all kinds of community activities, are workers too.”5

The 1999 pastoral letter acknowledged that “work that is not paid for is often taken for granted and accorded little esteem” and that even church communities ourselves “sometimes ask for a lot of voluntary work without valuing this work or honouring the people who provide these services.”7

Today we want to thank all the volunteers in parishes and community organisations, in Catholic social services, aged care and health care organisations, as well as those caring for family members. Your work makes God’s love more visible in the world.

The structure of the labour market and the composition of the workforce have changed a great deal in the last twenty years, and the pastoral letters reflect how our teachings have developed in dialogue with these realities.

From the mid- twentieth century the teachings began to take into account the increasing involvement of the state in economic and social life, especially through social welfare or social security systems.

Just wages remain necessary, but they are no longer sufficient to ensure a just society – “in addition to fair wages, the taxation and social security systems also have a role to play.”8

Hence the pastoral letters have also considered the justice of the ‘social wage’. For example, the 2013 pastoral letter calls for income support allowances to be increased so that they don’t leave people and families in poverty, however, six years later, people relying on Newstart are still waiting for an increase.9

The 2017 pastoral letter explains that “the decline of full- time permanent work, increasing casualisation of jobs and the entrenched disadvantage of people who are excluded mean that the two issues of insecure employment and unemployment have been constant themes on each Feast Day of St Joseph the Worker.”10

The pastoral letters remind us that work “is part of our vocation as Christians” and that through it we “participate with God in the ongoing act of creation.”11

It is a way of developing our skills, expressing ourselves, participating in society, and contributing to the common good of the community. Consequently, much more than an income is lost when people are unemployed!

An Economy of Inclusion

It is simplistic and unfair to see unemployment as a matter of personal failure when our economy has failed to ensure the availability of adequate employment.12

It is not yet the economy of social inclusion that Pope Francis calls for!13

Opinions may differ on what will best serve the common good, but let us remember that the common good is not served when vulnerable or disadvantaged people and groups are left out. As we approach the Federal election, let us revisit the invitation of the 2014 pastoral letter:

“Think of the older worker made redundant by technology and becoming ‘long-term unemployed’; a son or daughter completing their training but frustrated in the search for a job; a single mother trying to make ends meet on the Newstart Allowance; a household with work but still below the poverty line.”14

The pastoral letters for the Feast of St Joseph the Worker might not be well known, but they are a useful resource for reflection and action on contemporary work issues. The most recent pastoral letters can be found online at https://socialjustice.catholic.org.au/publications/pastoral-letters and those for 1998 – 2009 and for 2010 – 2015 are available in two small booklets in the Social Justice Series published by the Australian Catholic Social Justice Council.

I recommend the pastoral letters for the Feast of St Joseph the Worker to you for your prayer and reflection, and hope to continue this tradition in the coming years.

Alexander Osborne knows all about the love of belonging to the Church because of his family.  His parents are here tonight.  We welcome them in ... Read More