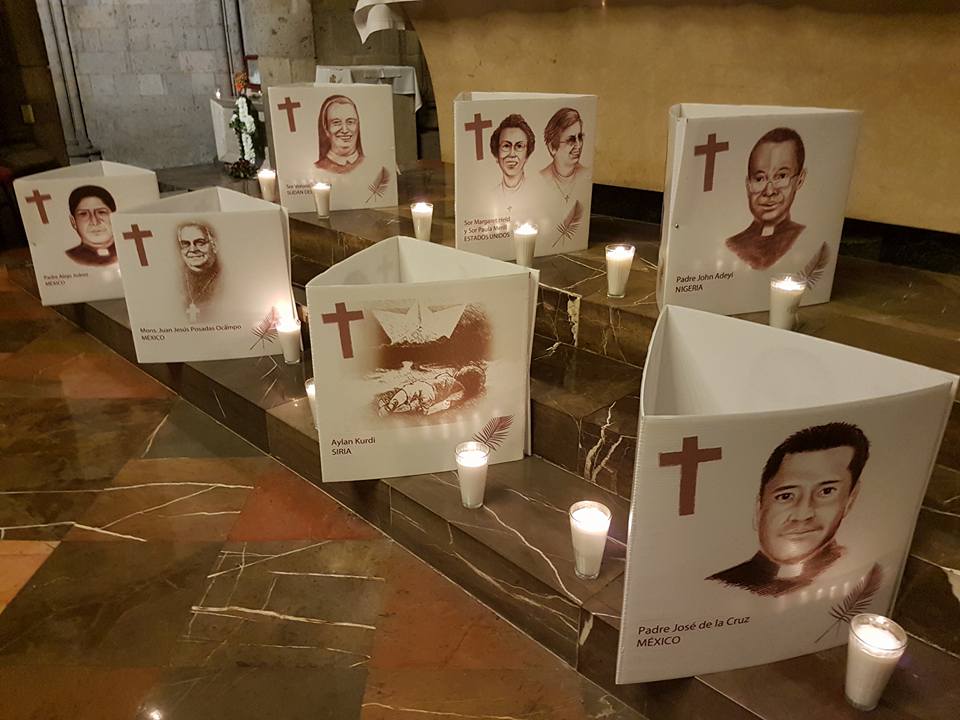 Photos of Martyrs – victims of persecution

The pontifical foundation Aid to the Church in Need (ACN) is increasingly concerned about the danger to priests, religious and lay missionaries in many parts of the world. So far in 2021, the media have reported that at least 17 have been murdered and 20 have been kidnapped.

“Being a priest or religious does not make a person immune to violence,” said Thomas Heine-Geldern, Executive President of ACN. “On the contrary, it can make them more of a target. Sometimes the motive is financial, whether robbery or ransom. Sometimes the attackers want to silence the prophetic voice of the Church denouncing injustice and violence. But there is also increasing aggression based on persecution and the lack of religious freedom.”

There is no time or place which is safe. Priests and religious have been attacked by day and by night, in their homes and in churches, on the street or leaving a bank, walking or travelling by vehicle. They have been shot, stabbed, struck with machetes and beaten to death.

ACN is especially alarmed about the situation in Nigeria, where two of these murders and seven of the kidnappings have taken place. The circumstances of the attacks vary greatly, but just one example is that of Claretian Fr Izu Marcel Onyeocha, who was kidnapped on the night of 10 April. He was driving to Owerri in southern Nigeria when his vehicle broke down, and when he got out to check it, a group presumed to be Fulani herders came out of the bush and attacked him with machetes. He was kidnapped but released two days later.

Mexico is also suffering a high level of violence, and at least three priests and one catechist have been killed in separate incidents. In June a Franciscan priest, Fr Juan Antonio Orozco Alvarado, was killed on his way to celebrate Mass in the village of Tepehuana de Pajaritos caught in an armed battle between rival gangs.

Such kidnappings and killings are occurring in a growing list of countries, including Venezuela, Peru, Haiti, the Philippines, Angola, Burkina Faso, South Sudan, Uganda, Cameroun and Mali. Even in France, once considered a safe country, Fr Olivier Maire was murdered on 9 August by a man he was hosting in the missionaries’ house at Saint-Laurent-sur-Sèvre while the suspect awaited trial on a charge of arson for setting fire to Nantes Cathedral.

“When security is fragile and everybody has left, the priests, religious and lay Catholic missionaries remain, and their dedication to serve others puts them in the firing line. They need our prayers and support more than ever,” concluded Thomas Heine-Geldern.

From 17 to 24 November ACN is organising Red Week. During these days, red light will bathe hundreds of cathedrals, churches, monuments and public buildings around the world as part of an international campaign to raise awareness of the persecution of Christians and the need for religious freedom. To learn more visit www.aidtochurch.org/redwednesday