Great discussion surrounds Pope Francis’ motu proprio on the Latin Mass. Below is an exert from the Catholic Weekly documenting the responses from some of Australia’s bishops

The first public episcopal response to the motu proprio and letter from Pope Francis was issued in the most populous Archdiocese in Australia – the capital of the (relatively) small South/eastern state of Victoria- Melbourne.

Archbishop Peter A. Comensoli very promptly issued a Pastoral Letter on the 17th July in which he indicated that he intended as far as possible to respond to the text of the document with a prima facie reading and with “open-hearted obedience.”

Later this week, the Archbishop also produced a short Melbourne Facebook video aimed at discussing his letter to a wider audience.

While expressing a need for further prayer and consultation, Archbishop Comensoli has taken the document “as law” and immediately restricted the use of the 1962 Missal in the “parochial settings” of his Archdiocese, while allowing priests the “private celebration (without a congregation).”

Archbishop Comensoli noted the pastoral need of those experiencing “adjustment” and “pain” as a result of the Pope’s intervention, but applauds the way it prompted an “examination of conscience” in himself and throughout the Archdiocese in matters liturgical.

The Letter also provides one exception for the Personal Parish of St John Henry Newman which was specially established under Archbishop Denis Hart to observe and promote the liturgies of the “extraordinary form.”

Archbishop Prowse of the Archdiocese of Canberra-Goulburn, which covers both the area of the Federal Capital Territory of Australia and the surrounding rural regions in the State of New South Wales, issued a brief but clear message via the Archdiocesan media and newspaper Catholic Voice.

Archbishop Prowse acknowledged the grass-fire of emotion that had been sparked by the Pope’s document: “The recent Papal document can easily evoke vigorous reactions from Catholics. It is imperative for us all to respond to this important instruction and not simply react.”

He also noted that the presence of some long-standing extraordinary form communities in his care and his intention to work with them in time rather than to impose immediate restrictions:

“As an initial pastoral response, as Archbishop I am very pleased with the presence of the Latin Mass community in the Archdiocese.”

“I look forward to examining the document with them and discussing implications for our Archdiocese.” 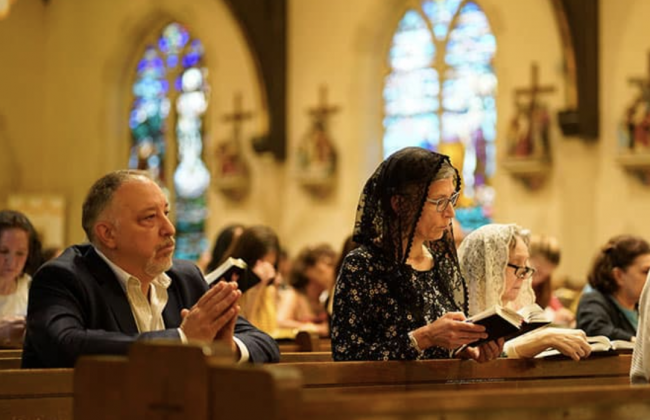 In the rural diocese of Wagga Wagga, which adjoins Canberra-Goulburn on the Southern border of New South Wales, Bishop Mark Edwards OMI, who has last year installed as Bishop after a long period of vacancy in the Diocese, has reiterated in the Catholic publication Together, that the motu proprio needs further time, prayer and consideration by him and his people.

He expressed his support for the Pope’s aim to promote the liturgical forms and texts of the 1970 reforms so that they are unequivocably the “ordinary form” of celebration within the Latin Church. He allows priests currently and regularly celebrating the liturgies of the 1962 Missal to continue to do so until he and the Diocese have determined how to balance the spiritual care of all his flock with the directions of the Pope’s document.

The Bishop of Wilcannia Forbes, Bishop Columba Macbeth-Green OSPPE (a former monk of the Order of St Paul the First Hermit), issued a Pastoral Letter which touched upon his pressing pastoral and practical concerns for his rural Diocese. It is situated in the far West of New South Wales and churches are far-flung, under-resourced (in priests, people and money) and often share the devastation of prolonged drought amidst all the people in the region.

“The vastness of the diocese means our pastoral reality …. we simply do not have the advantage of separate Chapels or Oratories in which the extraordinary form Mass may be celebrated.”

Here the Bishop mentioned the canonical requirements that all celebrations of the Mass should take place upon a suitably blessed altar and in suitably dignified “sacred” places. He assured his congregations that they should work together to promote the dignity of the Liturgy in all forms.

In the Letter, the Bishop also revealed that he and two other priests support the extraordinary form Mass communities by celebrating in three Mass centres. (In a few other dioceses in Australia, Bishops or Archbishops Emeriti assist in such a way.)

He said, “I wish to inform you that the current arrangements for our Latin Mass communities across the Diocese will remain unchanged.”

In the North-east of the State of Victoria is another largely rural Diocese of Sandhurst – a historically long established area taking in regions built by the wealth and ingenuity of Catholics who had taken part in the 19th century gold rushes. Centred in the historical city of Bendigo, the recently appointed Bishop Shane Mackinley has also issued a pastoral letter during the week. Again the need for time and pastoral care come to the fore. He writes:

“… to avoid sudden disruption to the liturgical life of our Diocese” he has decreed a provisional permission for priests and people involved in “stably” celebrating the extraordinary form of the Latin liturgy to continue to do so. He instructs other uses of the older liturgical form to seek clear permission from him while insisting these liturgies, as instructed by the motu proprio, include readings “proclaimed in English” using a translation of scripture approved by the Australian Bishops.

The most detailed and overtly exegetical theological response was issued by the Archbishop of Sydney, Anthony Fisher OP (see link below), who evokes the celebration of unity in diversity within the Church. In this he draws on themes from the key document of the Second Vatican Council, The Constitution on the Sacred Liturgy, Sacrosanctum Concilum

In the lead up to Pope Francis’s World Day of the Poor on Sunday, November 17, the Church in Australia is focussing on the many ... Read More