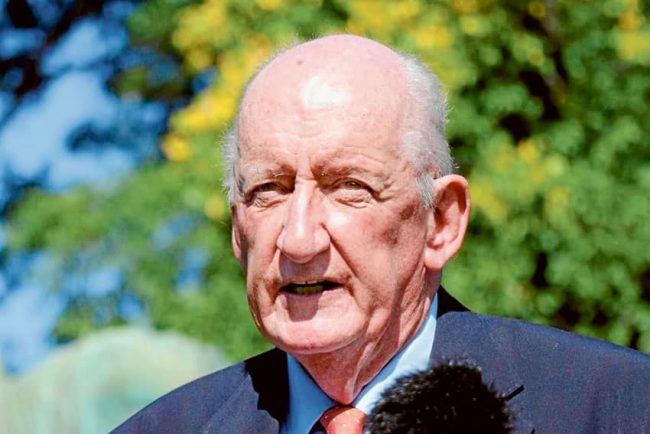 The inaugural Tim Fischer Oration on Ethics in Public & Political Life has been postponed by a year to August 2022.

The event had been scheduled to be held in Parliament House’s Great Hall on 26 August.

The Archdiocese of Canberra and Goulburn cited upcoming COVID restrictions behind the need to postpone the event. Parliament House will be closed to members of the public from Monday 2 August to Friday 3 September.

Vicar General Fr Tony Percy said the event had been enormously popular and it was disappointing to postpone it for those that had signed up.

“It had been a complete sell out which shows there’s a great appetite for ethics in public and political life.”

“So we’ll just kick it down the calendar year when everyone presumably is fully vaccinated,” Fr Percy said.

Former Deputy Prime Minister of Australia, John Anderson AO, has again been confirmed as the main speaker for 2022.

A key goal of this year’s event was the importance of underlining to young people the role of ethics in public life.

This emphasis had been popular with the wider community and generous sponsorship had already been in place to allow student participation for the address.

For their part, schools had shown strong interest. Canberra’s St Clare’s College, for one, said the oration would be an excellent opportunity for its year 11 and 12 students of religion who recently began a course on ethics.

“What Tim Fischer showed is that you can get to the top of your profession without compromising yourself,” said Fr Percy.

“And that’s what we want people, especially young people, to know.”

The heart of the cyclone

Pope Francis received Cardinal George Pell, Oct. 12, 2020 The first volume of Cardinal Pell's prison memoirs are out now. What do they tell us? ... Read More