Looking back to the Plenary Council of 1937 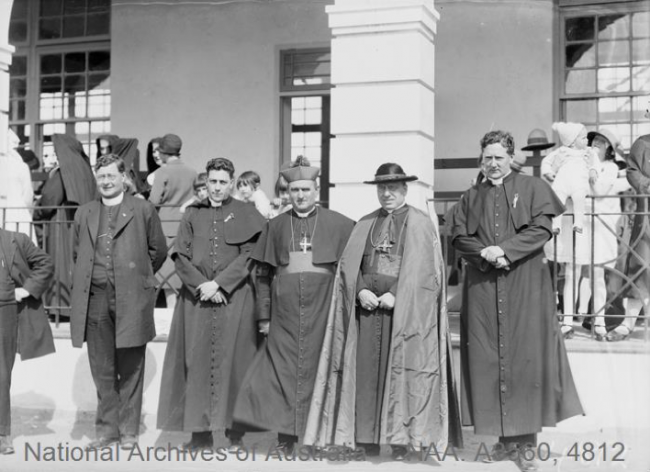 The first formal session of the Australian Church’s Fifth Plenary Council is set to go ahead in early October.

Most people are surprised to hear that there have been four previous councils, but the most recent was held in 1937, probably well before any of the current participants were born!

Several articles by Australian writers on this Fourth Plenary Council, held more than 80 years ago, are available online including:

For those wanting a summarised understanding of the Fourth Plenary Council these frequently asked questions (and answers) may be of interest.

They suggest the Fifth Plenary Council in its planning, aims and conduct is very different to its immediate predecessor.

Why was the Fourth Plenary Council called?
The Plenary Council was called at the urging of the Apostolic Nuncio, Archbishop Giovanni Panico. A landmark achievement for the Church was the issue of the Code of Canon Law in 1917, the first time Canon Law had been codified to a single document. The Vatican was concerned that in the wake of this all national churches hold a Plenary Council to bring their own governing decrees into line with the new code, and this had been the subject of discussion from the mid-1920s between the Australian Bishops and Panico’s predecessors, Archbishops Cattaneo and Bernardini. With Panico’s urging the Vatican gave approval in 1936 for the Fourth Plenary Council to meet in September 1937

Where did it meet?
The Fourth Plenary Council met in Sydney on 4-12 September 1937. It was hosted by the Archdiocese of Sydney. Plenary sessions were held at St Mary’s Cathedral and in the Cathedral precinct.

What did it achieve?
The agenda of the Plenary Council set out 685 draft decrees – modelled on the 1917 Canon Law code – for consideration/approval. This was achieved with little discussion, and with only minor amendments proposed.

When the proceedings of the Council were published in 1939, following Vatican endorsement, the approved 685 decrees were included, but this part of the document was written in Latin.

A joint pastoral letter from the Australian Bishops was issued at the Council’s conclusion. It deliberated more closely on matters of direct relevance to Australian Catholics, including the social dislocation of the 1930s Great Depression, ongoing levels of unemployment, the international threat of atheistic communism, and the Bishop’s agreement to establish an Australian Secretariat for Catholic Action.

Who attended the Council?
Attending the Fourth Plenary Council were:

Who attended from our Diocese?
There were three participants from the then Diocese of Goulburn:

Lent is now upon us, so as we prepare for the Lenten season, here is a short explanation of the purposes and practices of Lent. Read More