FAMILY and friends of Connell Perry attended his ordination to the priesthood by Wagga Wagga Bishop Mark Edwards OMI in September after a snap COVID lockdown for the Riverina was lifted. About 100 people joined the 26-year-old at St Michael’s Cathedral for his special day, including his parents who had prepared to watch the ceremony online from their home in Albury. “It still would have been a special day, but I’m delighted for you and for us that you can be here,” Bishop Edwards told them.

A matter of life and death

A NEW collaboration of Catholic agencies will equip people in conversations about death and create communities of care for the dying and those with a life-limiting illness. The Living Well, Dying Well initiative draws on the expertise of agencies including Catholic Healthcare, St Vincent’s Health Australia, Catholic Cemeteries & Crematoria, CatholicCare Sydney, CatholicCare Broken Bay, and the University of Notre Dame, Australia. It will be launched on 7 October with a webinar titled ‘Living Well, Dying Well – the most important conversation you’ve never had’. ‘Only a heart of stone…’

BRISBANE Archbishop Mark Coleridge has publicly endorsed the Uluru Statement From the Heart – an historic commitment by the Catholic Church to back indigenous leaders demanding a constitutional voice. “Only a heart of stone could allow the indigenous peoples to become aliens, exiles, and refugees in their own land,” Archbishop Coleridge said during Mass for First Nations leaders and parish representatives. Standing on Quandamooka country, Archbishop Coleridge, president of the Australian Catholic Bishops Conference, gazed across Moreton Bay to Stradbroke Island (Minjerribah), site of Australia’s first Catholic mission to First Nations peoples, set up by Italian Passionist Fathers more than 170 years ago. 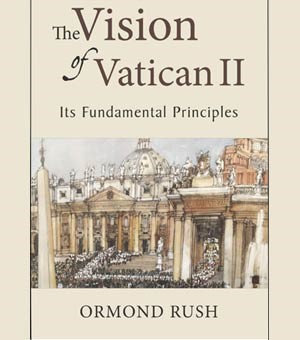 A major point of reference

ACU’s pre-eminence in theology research was evident in the award of the ATF Literary Trust Theological Book Prize for 2021 to two books, both by ACU researchers. Reverend Associate Professor Ormond Rush received the prize for The Vision of Vatican II: Its Fundamental Principles, and Dr David Newheiser received it for Hope in a Secular Age. The 2021 prize was named in honour of a third ACU theologian, the late Prof Denis Edwards, who won the award in 2006. The judges said The Vision of Vatican II was destined to become a major point of reference in Vatican II studies.