Cardinal Pell’s fate could be known within weeks 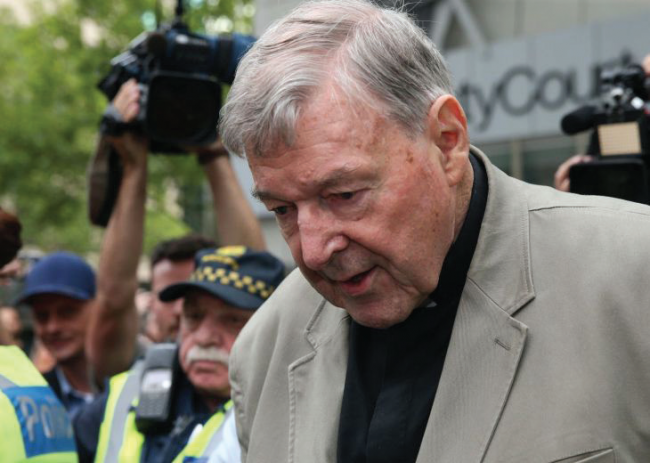 Media interest in Cardinal George Pell’s trial has been intense.

CARDINAL George Pell could know his fate within weeks with his High Court challenge set for March 11 and 12.

It is the final chance for the former Vatican treasurer’s legal team to prove his innocence and overturn his convictions, in a case that has attracted enormous national and international attention.

The Full Bench of the High Court may take months to make its decision. Or it is possible, with such an appeal, a decision could be made straight away and full reasons for the decision published at a later date.

Cardinal Pell is serving a maximum six-year jail term for the abuse of two choirboys when he was the Archbishop of Melbourne in the 1990s.

Cardinal Pell won a challenge to the High Court arguing that it was not open to a jury to convict him, after his initial appeal was dismissed in a majority decision by the Victorian Court of Appeal.

He will reportedly be absent from court when the appeal is heard because the High Court does not offer video links to jails.

It is understood the hearing will also not be streamed to any other court, meaning anyone who wants to watch the hearing must attend in person.

Melbourne University law professor Jeremy Gans said the fact that most High Court hearings were held in Canberra meant there was a problem with prisoner attendance.

Prof Gans said the court usually published videos of full court hearings on its web page so Cardinal Pell might ultimately be able to watch the hearing.