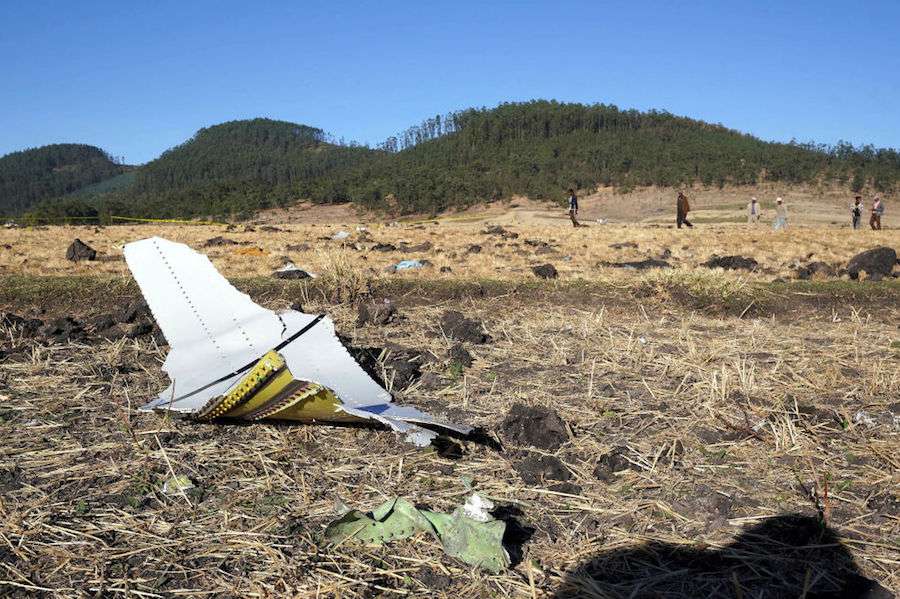 ADDIS ABABA, ETHIOPIA: Pope Francis is offering prayers for the 157 people killed in an Ethiopian Airlines plane crash Sunday, which include a priest, a religious sister, and four staff members with Catholic Relief Services.

A Monday telegram from Vatican Secretary of State Cardinal Pietro Parolin said that “His Holiness Pope Francis offers prayers for the deceased from various countries and comments their souls to the mercy of Almighty God.”

“Pope Francis sends heartfelt condolences to their families, and upon all who mourn this tragic loss he invokes the divine blessings of consolation and strength,” said Parolin.

Ethiopian Airlines Flight 302 crashed just minutes after taking off from Addis Ababa Sunday. Everyone aboard the plane, which was headed to Nairobi, Kenya, was killed.

The 157 victims included seven crew members and one security officials, as well as 19 U.N. staff members, CNN reported. Those killed came from 35 countries, with the largest number from Kenya.

The cause of the crash is still under investigation.

Catholic Relief Services released a statement Monday saying, “It is with heavy hearts that we share the news that four members of our staff were killed” in the crash.

“All four individuals were Ethiopian nationals traveling to Nairobi to attend a training on our behalf,” CRS said.

Sintayehu Aymeku had worked for CRS/Ethiopia since January of 2017. He was first employed as a senior procurement officer in the administration department, and recently began a new position as procurement manager in the supplies chain department. He was a husband and a father of three daughters.

Sara Chalachew worked for CRS/Ethiopia since January of 2010, first as a commodity accountant and then as senior commodity accounts officer in the logistics department. Since December, she was the senior project officer for grants.

Catholic Relief Services said that while mourning, they intend to “celebrate the lives of these colleagues and the selfless contributions they made to our mission,” in spite of the risks associated with humanitarian work. CRS offered prayers for all who had lost loved ones in the plane crash.

South African Catholic newspaper The Southern Cross also reported that a Kenyan priest and nun were aboard the plane when it crashed.

Father George Kageche Mukua CMM, a member of the Congregation of Mariannhill Missionaries was a passenger on the flight. The 40-year-old missionary had been ordained a priest in 2017.

Sr. Florence Wangari, a Notre Dame de Angers Sister in her early 30s, was also on board, on her way to Nairobi to renew her passport, The Southern Cross reported. She was a missionary nurse in the Democratic Republic of Congo.