Messages and Reflections for the Canberra Jesuit Community upon their departure

As the Jesuit Community of Canberra bid farewell to the Nation’s Capital, some of the people who were close to the community have shared their reflections and farewell messages.

Joan and John first came to Canberra in 1978 and have known the Jesuits here since then. They are members of the Jesuit Discussion Group.

“The Jesuits, from John Eddy to Frank Brennan, have been small in number but big in impact.

“They have stood up for vulnerable people, including Indigenous Australians and asylum seekers and refugees. They have always been generous hosts to friends and visitors alike.

“We have always been impressed by the depth of their influence across the Catholic community and the broader Canberra community through their work in universities, parishes, the Commonwealth parliament and church agencies.” 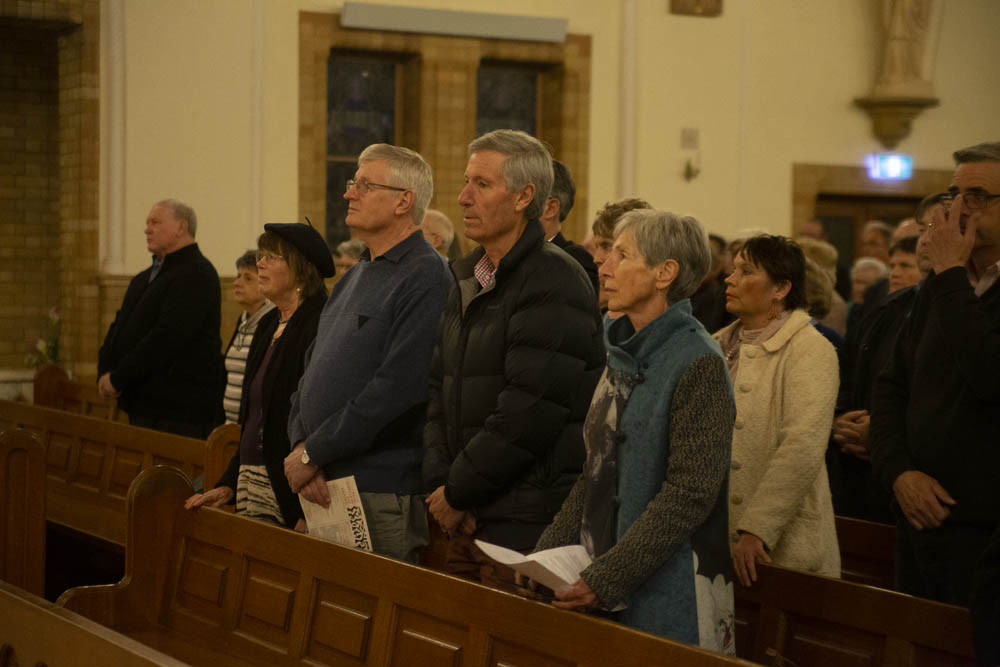 Pauline is the niece of Fr John Eddy SJ and retained a longstanding friendship with the Canberra Jesuit community.

“Father John Eddy was the founder of the Jesuit Community in Canberra in the early 60’s. As his niece and the first child he baptised I speak for a generation of Catholics who will miss the strong influence the Jesuits have had on the local Canberra Community. 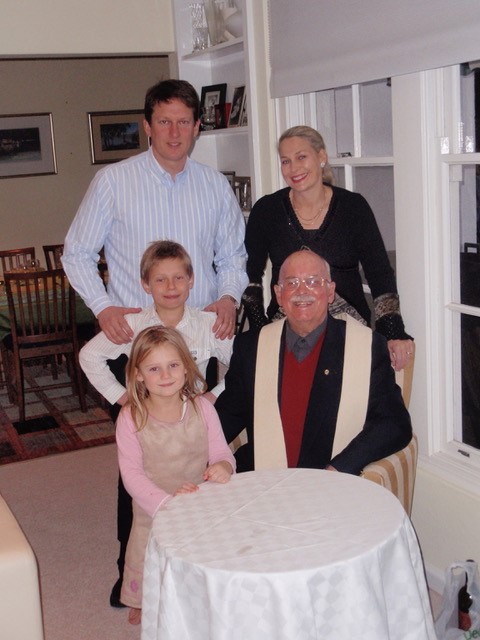 “Uncle John was given the mandate to find a site in Canberra amongst the people where Xavier House could be established. He had the choice of being near the brick works or the abattoir.

“Xavier House has been a refuge for visiting priests and scholars and in recent times as a place to help those who need it.. Fr John Eddy was in residence in Canberra from 1964 until his passing in November 2011.

“The compassion and the insight into everyday life Fr Eddy, Fr Frank Brennan and their fellow priests conveyed was a breath of fresh air. Fr John Eddy, along with his friend Enrico Taglieri, created a new wing and Chapel in 2009. It is a very special chapel with an infinite feeling of light and uplifting spirituality, a reflection of the Jesuits commitment to their community.

“At Xavier house the door was always open to all parts of the Canberra community, from the Prime Minister who dropped in from time to time to refugees seeking advice. Compassion, love and understanding were the pillars and foundations on which Xavier house was founded.

“The Jesuits along with their good work will be missed. We wish Fr Frank Brennan all the best in his future endeavours.”

Marion Lê has advocated on behalf of refugees since the arrival of the first Vietnamese boat people in the mid-1970s. She has received a number of awards for her tireless work over three decades, including the 2003 Human Rights Medal has been a regular visitor at the Jesuit House in Yarralumla for more than thirty years during the time of Father John Eddy and Frank Brennan “The Jesuit Community House in Yarralumla has been a sanctuary and comfort to many people over the years. The leadership and friendship of John Eddy and Frank Brennan has been inspirational and life changing.

“The House has provided a welcoming and spiritual environment in close proximity to Parliament House and the Australian National University, providing not only religious succour through regular prayer times and the celebration of Mass but intelligent conversation and debate on many levels encompassing every topic imaginable.

“Visiting there was pure joy. The congenial, convivial atmosphere was conducive to allowing people to share their spiritual journeys at the deepest level. Visitors there over the years included the rich and famous but also the poor and marginalised.

“It pains me to think the House will close and the place of respite, reconciliation and spiritual renewal will be empty of the Jesuits who have served us all so faithfully for so long.”

“Speaking on behalf of the entire Catholic Archdiocese of Canberra and Goulburn, I wish to sincerely thank the Jesuits of Australia for their presence and pastoral commitment to this Archdiocese for over 50 years.

“There have been so many Jesuits present here in the Archdiocese over these 50 plus years who have distinguished themselves in such a broad spectrum of pastoral activities. We are so grateful. Thank you.

“On this Memorial of St Ignatius of Loyola, we are reminded of a treasured Jesuit maxim insisting that, like all Christians, we are to “Find Christ in all things”. Reflecting on the various apostolates taken up by the Jesuits in their time here in Canberra, we can observe the living out of this Gospel and Jesuit keystone.

“Their works of evangelisation over the years have been expressed by more than 30 Jesuits in this Archdiocese, for example, in the universities, scholarly writings, engaging secularism with the “mind of Christ”, diplomatic missions, retreats and public talks, assistance at the Nunciature, generous pastoral assistance in our parishes, and so on.

“For all this and so much more, thank you so much!

“Although formally leaving your base here in Canberra we are consoled that Fr Stephen Astill sj still waves the Jesuit flag for us in the parish of Moruya.

“May the Lord Jesus continue to bless the Jesuit charism throughout the world.” Kate Gavin is the recipient of the 2018 Francis Xavier Conaci scholarship which will assist her to study at the Australian Catholic University (ACU) Rome ... Read More