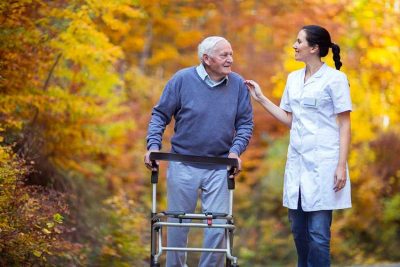 AUSTRALIAN Catholic University will partner with the Archdiocese of Sydney’s welfare agency CatholicCare to embed Catholic social teaching in a more practical way in undergraduate programs in speech pathology and occupational therapy. Next year, undergraduate and some postgraduate allied health students at ACU’s Sydney campuses will undertake their practical placements with CatholicCare. The focus will be on serving marginalised clients, especially those with a disability.

AUSTRALIA’S only diocesan owned and operated hospital St Vincent’s, Lismore, is celebrating its centenary in the midst of a pandemic but with the same spirit of dedicated service that arrived with the founding religious sisters. It is now an acute surgical, medical, rehabilitation and palliative care hospital providing a wide range of services and about 170 accredited specialists. One winter’s day in 1921 four Sisters of Charity boarded a steam train in Sydney for a 700-plus kilometre journey to Lismore. They were answering a call from Lismore Bishop John Joseph Carroll to serve the people of the riverside town and region with its rapidly growing dairy industry. Sweet sound of old and new

YOUNG Catholic songwriters in Brisbane have blended sweet new melodies with ancient psalms to produce an album that might shoot to the top of your driving playlist or prove popular at home or at prayer. The Psalms Project is the work of Church agency Evangelisation Brisbane which invited young songwriters to develop melodies to 10 psalms and then produced these psalms with a full band. With mid-tempo, reflective tracks, an up-tempo U2 guitar-styled number, even a chant, it’s a collection that might challenge some as an unfamiliar take on singing the psalms. ‘We need to listen’

SEVENTY Aboriginal and Torres Strait Islander children aged between five and 17 took their lives in Queensland last year. The figure is higher than in any other state and reinforces that across Australia suicide is the main cause of death among indigenous youth. Catholic Social Services Australia chair Francis Sullivan describes as a national disgrace findings by the Australian Bureau of Statistics that 223 indigenous youth took their lives nationally last year. “Indigenous people are telling us what the problem is and we need to listen,” he said. In one community, Cherbourg, 240km from Brisbane, 10 people, mostly young men, took their lives in the past year.

Remember those in Purgatory

People visit graves of their relatives Nov. 1 at a cemetery in Baruny, Belarus. On All Saints’ Day and All Souls’ Day Nov. 1 and ... Read More