Pragmatic priests for a wicked generation 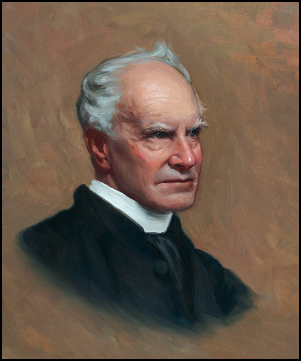 Australia’s Bishops last week sent a letter to priests to mark the 200th anniversary of the first official Catholic chaplains to our shores. This is an edited extract from the letter.

While there had briefly been convict priests or visitors, and occasional celebrations of Mass, it was only with the arrival of Fathers John Joseph Therry and Philip Conolly that there were priests here permanently, and the Mass and other sacraments could be freely celebrated.

Conolly was described as a man “of no small ability and attainments, witty and full of dry humour” who laboured for 14 years among “a wicked and perverse generation”, making regular quarterly visits on horseback from Hobart Town to Launceston, George Town and other settlements.

Therry was described as “popular, energetic and restless… articulate and thorough”, and proved himself “a far-seeing pastor… a conscientious official… and a pragmatic Irish supporter of the democratic freedoms”.  He built the first St Mary’s in Sydney and many other churches and schools.  He travelled unceasingly throughout the country, visiting those in hospitals, gaols and farms, providing the sacraments, counselling and teaching.  He was widely loved, if not always by those in authority, connecting well with the Catholic faithful and even those of other churches, and making an early defence of Aboriginal rights.  Yet in his own words, his 44 year-long ministry in Australia was “one of incessant labour very often accompanied by painful anxiety”.

Together these two, and the many priests who came after them, laid the groundwork for the growth of the Church in Australia. 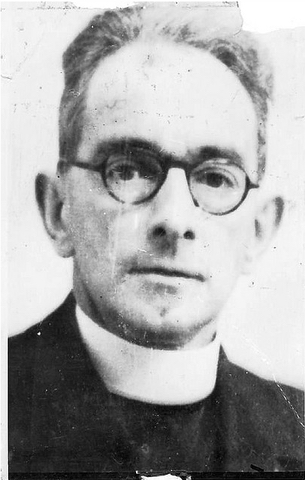 A very large part of our nation’s spiritual and social infrastructure was established by priests, and by the growing numbers of consecrated religious working beside them.  Today the Catholic community cares for millions of people through 1300 parishes, 10,000 hospital beds, 20,000 aged care places, 700,000 school desks and countless acts of charitable assistance and pastoral care: a network of faith and love we have inherited due to the leadership of the clergy these two centuries past.

We acknowledge there has been cause for shame in recent years regarding the terrible behaviour of some priests, as there has been for the radical failure of some bishops to supervise them appropriately.  Nonetheless, this anniversary gives us cause to remember that most by far have been selflessly devoted to their people and are not rightly tainted by the failures of those few.

If we now appreciate better than ever that bishops and priests are taken from among ordinary men and have many shortcomings, we should celebrate the extraordinary things that, by God’s grace, these ordinary men have achieved.  And as bishops we commit ourselves to doing all we can to assist in the discernment, formation and ongoing support of good priestly vocations going forward.

Milestones like the present one should be times for recollection, reflection and recommitment.  Over the last two centuries, the Church in Australia has experienced adversity and challenges of many sorts; more recently these have included the child sexual abuse crisis, natural disasters and the temporary closure of churches due to pandemic.  Yet each time priests have demonstrated their perseverance and pastoral creativity.  Each time the Catholic people have signalled their love for their priests and their need for their sanctifying, teaching and leading work.  As bishops, we join our voices to theirs and record our gratitude to our priests, for their service to God and his people, and their fraternity with us.

At the Chrism Mass each year, dear brothers, you renew your ordination promises and resolve once again “to be more united with the Lord Jesus and more closely conformed to him… to be faithful stewards of the mysteries of God in the Holy Eucharist and other liturgical rites, and to discharge faithfully the sacred office of teaching”.  This is a truly noble vocation!  On this 200th birthday of the Australian priesthood, we send you our thanks and blessings.

Letter to the Priests of Australia