The Plenary Council Assembly: How far have we come? 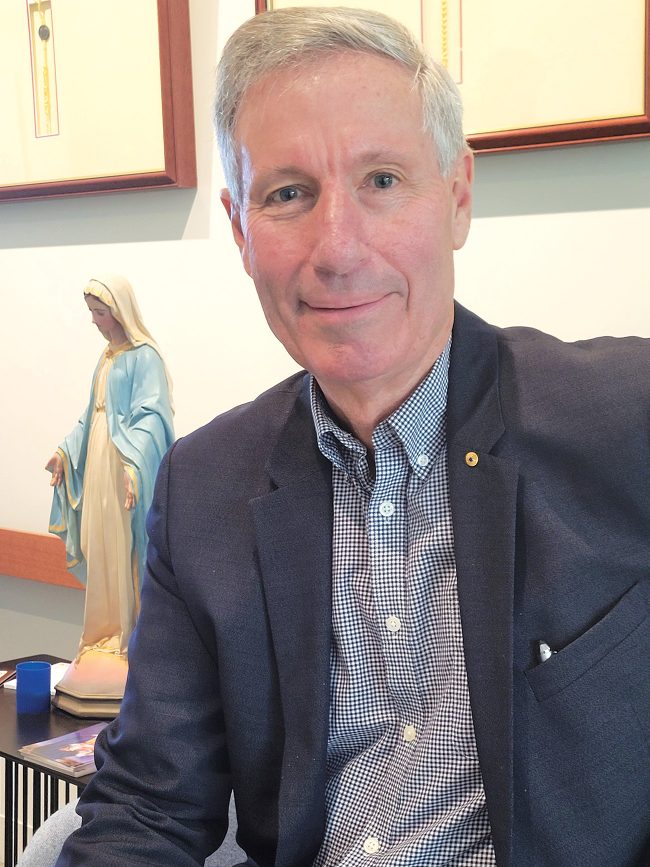 Solemn High Mass at St Stephen’s Cathedral in Brisbane with Archbishop Mark Coleridge has brought to a close the First Assembly of the Plenary Council. What direction are we heading? What is our Catholic identity? Did we come as far as could reasonably be expected?

There will be many different perspectives on these big questions. My immediate answer is that this window of “opportunity too good to miss” is still open. But the hardest work is still to come.

Panoramic answers are hard to formulate, given the style of the Assembly. The small groups are hard to characterise. Their internal dynamics will become clearer as informal and/or diocesan networks debrief over coming days. The individual Interventions, which often had more passion and power than the group work, often did not connect directly, if at all, with the group deliberations.

The agenda questions sometimes became a straight-jacket and some omissions, like the failure to tackle questions of gender and sexuality head on, remain a stain on the church in Australia. The official advice during the formation sessions that these sixteen questions were broad enough so that any issue could be squeezed between the cracks proved misleading, because such issues could then be characterised by another member as peripheral to the core task of the group.

The outcomes can best be categorised issue by issue.

My impression is that on child sexual abuse and safeguarding the Assembly will insist on zero tolerance and enduring repentance and generosity towards survivors.

On two big social issues, recognising Indigenous culture and spirituality, and ecological conversion, both with internal and external aspects, the Assembly wants both internal action and stronger external leadership by the church in wider society.

On the role of women in decision-making within the church there is also a clear appetite for inclusion, accountability, and equality. This is driven, despite some cultural and theological objections, by widespread acceptance of synodality and co-responsibility. Religious women and PJPs are strong advocates.

On governance reform there is widespread support too, though it is a topic on which discussion can be easily diverted by resource concerns. The need for diocesan and parish pastoral councils are almost universally accepted.

Sexuality, including justice for LGBTQI+ Catholics, is the elephant in the room. It can’t be avoided, though authorities try hard to do so, because through many families and children it touches most of us across various divides within the church. Most young Catholics can’t abide church hypocrisy towards the rainbow community.

Women in ordained ministry remains a tough battle. Here there are not just theological questions but the Australian Church’s sense of itself comes into play. Tackling Rome remains daunting for many, especially the bishops. There is a common ‘little Australia’ syndrome.

My hesitation to get too excited relates not just to diversity and polarization within the church, however, but to the Plenary Council process itself.

Our attention should turn now to the key committees, including the steering and drafting committees, which will progress the passage of prospective resolutions towards the Second Assembly. Neither the council members nor the wider Catholic community will accept again the closed and unaccountable process which led to the flawed Agenda Questions for the First Assembly. They are now feeling so empowered that the authorities would try this on again at their peril.

The First Assembly process turned out to be too compressed and rushed, especially over the final 36 hours. We started slowly and finished with a disturbing ‘helter-skelter’. This led key elements, such as the final group papers and the final communique, to proceed without proper examination. This too must not be repeated.

Finally, the method used to resolve differences of opinion remains unexplored, because we took no substantial votes in either small groups or plenary sessions. This is where synodality remains untested. Pope Francis hopes for surprising overflow by which contrary positions may come together. But this outcome must not be reduced to a lowest common denominator position, or it will be to the detriment of the church across Australia.

Vinnies adapts services to respond to the COVID-19 lockdown

Following the recent COVID-19 outbreak in the ACT, the St Vincent de Paul Society has adapted its operations to assist vulnerable members of the community ... Read More

NEWER POSTAssembly over: where to from here?
OLDER POSTPlenary Reflections #5: Sally FitzGerald