We need to address roots of the global migration crisis: Eritrean priest 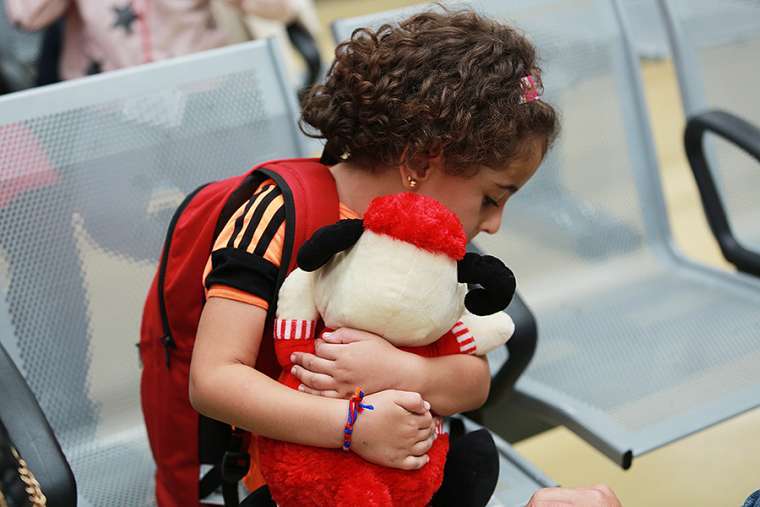 Corridori Umanitari event at the Fiumicinio Airport in Rome Italy where 70 refugees were welcomed on Oct 24 2016. Photo Lucia Ballester, CNA.

ROME, ITALY: With migrant and refugee numbers at a crisis level in Europe and other parts of the world, the international community must act to alleviate the suffering of those forced to leave their homes, a priest said this week.

Fr. Mussie Zerai is an Eritrean priest based in Rome, serving as European Coordinator for the Catholics of Eritrea.

Zerai works particularly with migrants who cross the Mediterranean Sea, fleeing dangers in their homeland and seeking a better life.

Speaking this week with ACI Prensa, CNA’s Spanish language sister agency, Zerai said that to address the migration crisis, it is necessary to look at the factors pushing people to leave their home countries.

He also said neighbouring countries in Africa should be better equipped to accept refugees, so they are not forced to cross the Mediterranean Sea.

The priest pointed to an initiative by the Sant’Egidio Community and the Italian Bishops’ Conference that allows migrants to travel to Italy and other European countries with their needs covered and without relying on local mafias.

These humanitarian channels are an important avenue of legal immigration, and states should assume similar initiatives, he said, stressing that if the European Union were to ensure “legal access for people who need protection, a lot of people would not feel driven by desperation into the hands of the traffickers, risking their lives in the desert and on the sea.”

Rather than getting to the root of the migration crisis, Zerai lamented, “the European Union tried to put up walls…to create obstacles to whoever was fleeing from their countries for different reasons: hunger, war, political, ethnic and religious persecutions.”

As a result, he said, people fleeing dangerous situations at home lack the protection they need to migrate safely.