Archbishop Roger Vaughan celebrated Mass 145 years ago in the same place and blessed the church’s new extension, including the window. 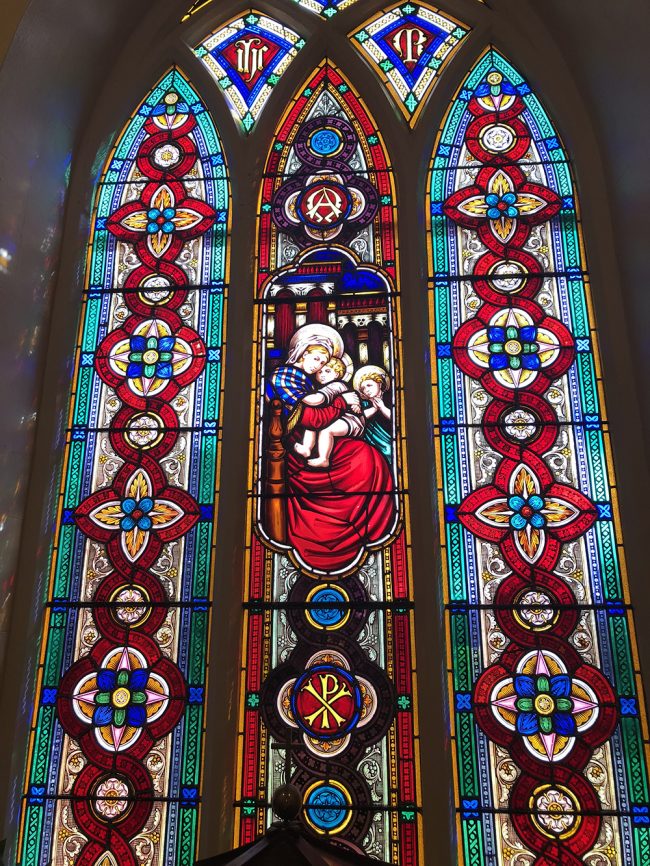 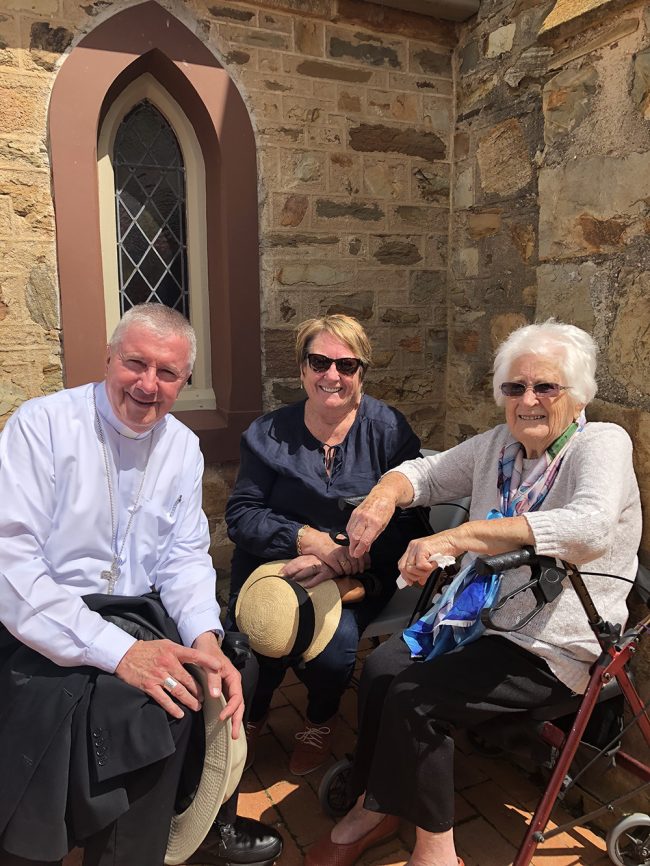 Works were funded by local parishioners, including through the original St Mary’s Fair. Mrs Mary Mulcahy Shanahan of ‘The Briars’ donated the window, and her husband Thomas was one of the project’s instigators.

John Falconer of Sydney made the window, which features a copy of Raphael’s ‘Madonna of the Chair’: Our Lady holds the infant Jesus with St John the Baptist looking on. Accompanying panels include the ‘Christograms’ of IHS and PX. St Mary of the Cross MacKillop would have looked upon this window during her visits to the parish, staying with her Josephite sisters at the convent.

The restoration project began seven years ago, with funds raised through reestablishing the fair and a heritage grant from the Queanbeyan-Palerang Council.

Cummins and Stern of Brisbane undertook the restoration work, cleaning and restoring each panel of glass and replacing the lead and wood surrounds.

At the blessing, Archbishop Prowse suggested the window be named in honour of Mary, the Seat of Hope.

Just as our Catholic forebears created a place of worship and beauty for the community, current St Mary’s parishioners trust that this treasure’s restoration brings light and hope to all. A good midweek crowd of parishioners met for a prayer service in the Church today – along with the students at St Bede’s Primary School who recently made their confirmation. The Parishioners and students ran the service culminating in the lighting of candles to signify each of their special intentions.

Afterwards, the Archbishop urged those present to tell him about their concerns – and that certainly happened. 2020 has been a lousy year so far in Braidwood with drought, fire and pestilence all in the one year! Tribute was paid though to the way the community had hung together and helped each other through the worst of our troubles. The students talked about the difficulties of home learning and the special challenges they had experienced – particularly during the bushfires.

The loss of aboriginal language teaching from our Catholic schools was raised as a concern. With the recent redeployment of Father Peter Day, attention had been focused on the shortage of priests and the role that the rule of celibacy played in reducing the numbers of young priests ready to take up their Ministry. Concern was also expressed about the way in which the Church was being forced into a private space – Christmas and Easter were increasingly seen as just another set of secular holidays. We needed to be more public in the practice of the Faith and that needed to be led by the women of the parish.