It has been a momentous year for the Catholic Voice, and a large part of that has been the launch of this website.

Online traffic has steadily increased throughout the year, particular since the introduction of the Daily Voice email service.

Throughout the year we have attempted to post a wide range of stories, including stories that are local, national and international in scope. We’ve had stories from schools and parishes from across the Archdiocese… stories with spiritual significance and stories celebrating the day to day experiences of life.

Of course, some stories are more popular than others. We can’t control that… we simply upload a story and you, the readers, vote with your mouse or your smartphone clicking fingers.

As we prepare for a brand new year of the Catholic Voice, here is a list of the most popular stories online this year (as at December 20, starting from the July 17 launch date).

This first list is a list in order of Most Pageviews. Each time you go to a story, that’s a separate pageview. If you look at a story three times, that registers as one reader, but three pageviews. Below that is a list of the Top 10 stories by number of readers (the order is quite different, and the second list contains two stories not in the first).

We hope you’ve enjoyed the year with the Catholic Voice, and that you enjoy looking back on the Most Popular Stories. Across the Archdiocese, the faithful gather for Christmas services to share the love and the joy of the season with each other. This list, accurate at the time of printing, includes the services… includes every Christmas Eve Vigil, Children’s Mass and Christmas Day Service across the Canberra and Goulburn Archdiocese. The St Vincent de Paul Society Canberra/Goulburn has been advised that Emergency Relief grant funding for Financial Crisis and Material Aid will be cut by 25% per year between 2020 and 2023.

The cut comes as a demand for services continues to grow.

Just over 100 of Kevin Croker’s friends, family and colleagues gathered at Haydon Hall on Friday, December 14 for his official farewell luncheon. Good food and good conversation, two of Kevin’s favourite past-times, were the call of the day with a lot of old tales being retold as Kevin prepares for retirement. Speakers on the day praised and roasted (good-naturedly) one of the Archdiocese’s favourite sons in equal measure. 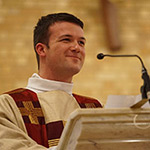 On Friday, November 23, Alex Osborne became the Archdiocese’s latest Deacon when he was ordained at St Christopher’s Cathedral.

In front of a packed Cathedral, Archbishop Christopher Prowse urged Alex to proclaim the Kerygma – to be a Kerygmatic preacher in good times and bad. To preach that Jesus Christ is our Lord and Saviour.

5. Get over yourself: the only way to prepare for the Plenary Council (1,011 pageviews) 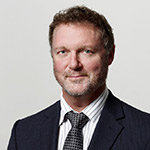 Having sat with a number of groups throughout Australia as they seek to prepare their submission to the Plenary Council, I have come across a recurrent snag. It relates to how groups instinctively go about the listening and dialogue process. From what I have seen it comes down to the basic predisposition of the more forthright members of the group. 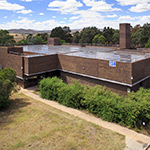 It hasn’t been 40 years, and they haven’t been wandering in the wilderness, but the people of the Syro Malabar congregation have wondered for some time how long it would be until they had a home of their own. Their growth has been slow and steady, and as they grew, their wish for a place of their own grew too. Their wishes, and more importantly their prayers, were answered recently when they successfully bid on a block of land in Symonston. 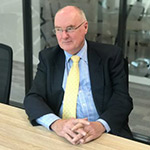 His cheerful and friendly nature is well known across the Archdiocese. An old school gentleman, he is probably known for his big smile as much as for his big heart which, while not visible, is evident in his actions and deeds. But the time comes when all of us punch our work clock for the final time, and that time is rapidly approaching for Kevin Croker, OAM. Fr Hilton Roberts celebrated the sixtieth anniversary of his ordination on Saturday December 1. The actual anniversary date was November 23, the Feast of St Clement of Rome, and on that date Fr Hilton con-celebrated a Carmelite Mass with Bishop Emeritus Pat Power. Attendance levels at Mass across the Archdiocese had remained largely unchanged in 2016, according to a report prepared by the National Centre for Pastoral Research. Based on figures collected in 2016, average weekly mass attendance consisted of 10.42% of the Catholic population, compared with 10.64% five years earlier.

10.The glitz, the glamour… the graduation formals (678 Pageviews) Attendance levels at Mass across the Archdiocese had remained largely unchanged in 2016, according to a report prepared by the National Centre for Pastoral Research. Based on figures collected in 2016, average weekly mass attendance consisted of 10.42% of the Catholic population, compared with 10.64% five years earlier.

For many people having a pet around is a normal part of life – which is why Tully the pooch has proven so popular at ... Read More