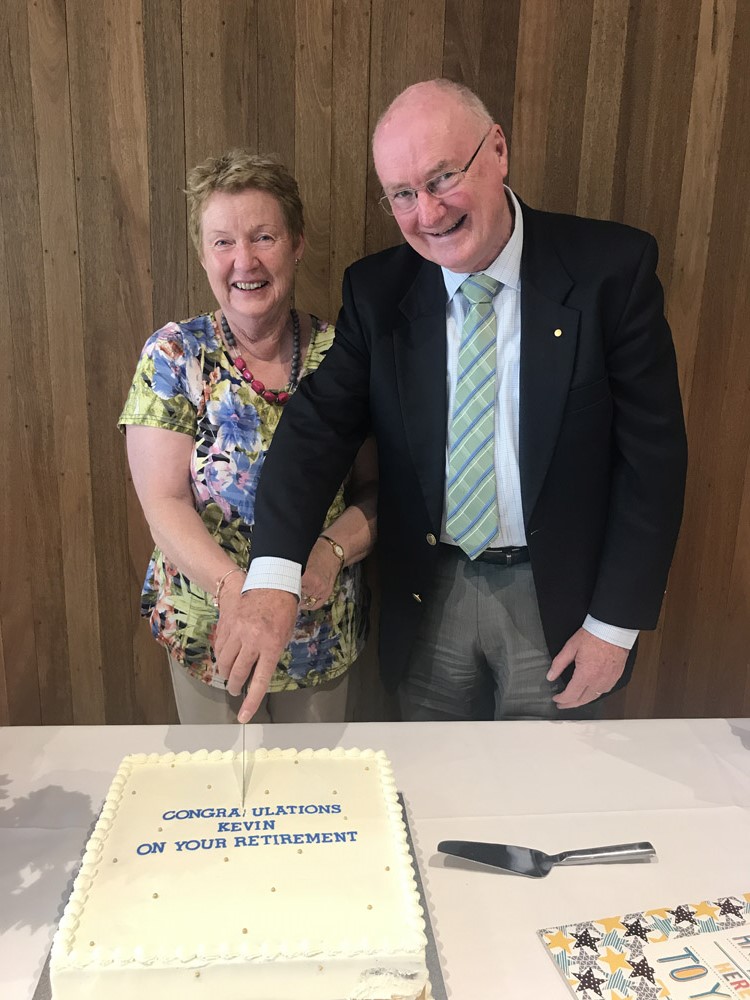 Just over 100 of Kevin Croker’s friends, family and colleagues gathered at Haydon Hall on Friday, December 14 for his official farewell luncheon.

Good food and good conversation, two of Kevin’s favourite past-times, were the call of the day with a lot of old tales being retold as Kevin prepares for retirement.

Speakers on the day praised and roasted (good-naturedly) one of the Archdiocese’s favourite sons in equal measure.

Archdiocesan Financial Administrator Helen Delahunty said Kevin’s outstanding work ethic was without question and the Archdiocese owed him a debt of gratitude.

Reflecting on Kevin’s claim that his wife, Margaret, was the silent partner of a joint team for the Archdiocese, Archbishop Christopher Prowse fondly suggested that silent was something she wasn’t.

On a road trip with the pair, he said he observed the two of them discussing a wide-ranging stream of topics in a mutually engaged conversation.

But in that, he said, they demonstrated a full, loving and supportive example of a collaborative and communicative married relationship and a strong team.

The Archbishop also saluted Kevin’s peerless knowledge of bakeries around the Archdiocese and not only how to get from one to another but what pastries and pies each specialised in.

Kevin’s final day of work is officially New Years Day and his replacement, Chris Koelmeyer, will take the reins in the New Year.

ACU Canberra Campus will offer a series of lectures on the key principles of Catholic social teaching during February and March. Read More

NEWER POSTReligious must `keep fighting’ and being with the people: Sr Pat Fox
OLDER POSTPope hosts sick children ahead of his 82nd birthday