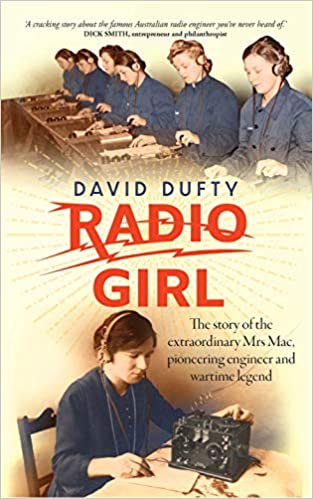 In his preface, David Dufty explains how he became interested in the “Radio Girl”, Florence Violet McKenzie, who was usually called Violet.

Dufty was interviewing “a retired spy” for his book, Secret Code-Breakers of Central Bureau (reviewed in the December 16, 2017, edition of News Weekly), when the interviewee “abruptly changed the subject and started talking about ‘Mrs Mac’”, the affectionate nickname her trainees had given to McKenzie. So Dufty included a chapter on her in that book.

Now Dufty has devoted an entire book to the Extraordinary Mrs Mac.

Florence Violet MaKenzie was born in Melbourne in 1890. Her family settled in Austinmer on the south coast of NSW, near Wollongong, in 1892.

From a young age she was interested in engineering and signal – initially railway – systems. She loved playing with her father’s tools and learned how to “rig simple electric circuits” and she had an aptitude for mathematics. She was educated at Sydney Girls High School as a result of being granted a scholarship.

On completing her schooling, she decided to become a maths teacher. On qualifying, in 1913, she took up a position at Armidale, but had a revelation at Church, one Sunday morning, that teaching wasn’t for her and that she should be studying science. She wanted to be an electrical engineer. 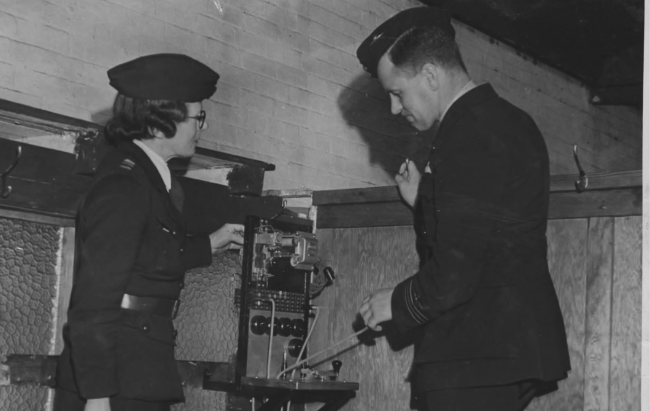 Radio Girl — the story of the extraordinary Mrs Mac (Photo: 3A Institute)

However, to do an engineering course back then, either a degree or a diploma course, she would have to be either apprenticed to a firm or working as an engineer, both of which were equally unlikely to happen.

She eventually got around the problem by buying her brother’s failing engineering business and apprenticing herself to the business. She also had to produce proof that she had electrical work, which she was able do.

This led her into acquiring a failed engineering supply shop, which eventually included selling radio parts. It was the first radio shop in Australia and became the centre for amateur radio enthusiasts in Sydney. 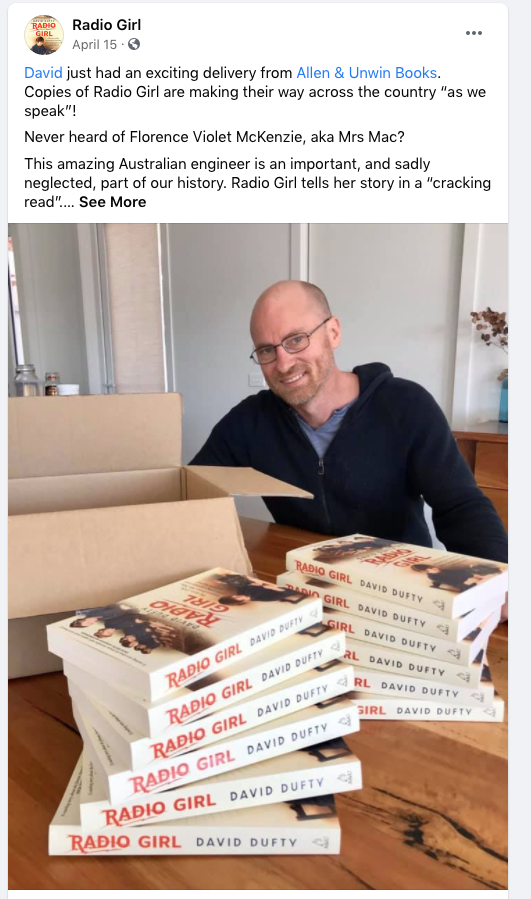 One day, two boys brought a Morse key, used for sending Morse code, into the shop. Not knowing what it was, she asked them to explain how it worked. Teaching people how to send and receive Morse was to become a significant part of her life.

She had many achievements:

However, her greatest achievement was her training of both women and men in Morse code and radio. She decided to set up a signals school, initially to train women, after Neville Chamberlain returned from Munich in 1938 proclaiming “Peace in our time”.

She could see that war was coming and that communications would be important during a war. And that women would be needed to replace men, then working in civilian communications, who would join the armed forces.

Along with the signals school, which began operating in May 1939, she formed the Women’s Emergency Signalling Corps to train women and girls in Morse code and radio. This was housed in a disused woolshed in Clarence Street, Sydney. Due to the armed forces being short of instructors, it wasn’t long before her best students were training armed forces recruits, starting with the air force. She also trained allied servicemen. With her methods, she achieved a far higher success rate than the armed forces did.

Eventually, her trainees were able to enlist in the armed forces, which enabled them to cover the shortage of telegraphists. It was due to her that the Women’s Royal Australian Naval Service was formed.

Probably the most important role that these women undertook was to become radio intercept operators, listening to Japanese radio communications and providing transcripts to code-breakers during World War II.

By the end of the war, Mrs Mac’s signal school had trained more than 3,000 women and 12,000 men. She did not receive any payment for her work. She paid for this operation with the money she earned through her businesses.

After the war, she continued to train merchant mariners, and aviation communicators. In 1957, two years after permanently closing the school, she became involved in training a sailor who was struggling to pass his Second Mate’s exam.

The exam included signalling. He failed the signalling component, specifically the visual Morse, 14 times. It was recommended that he seek assistance from Mrs Mac. Eventually, he managed to pass the exam, but only after Mrs Mac had diagnosed that he was mixing up four sets of letters, similar to someone with dyslexia, which had only recently been discovered.

One interesting feature of the book is that the chapter titles are printed in both English and the Morse code equivalent. The Morse code chart is also included in the book. Also, within a chapter, the Morse code for the letter “r” (dot dash dot) is used to indicate breaks.

Although I was never a radio operator, I was familiar with radio procedures, including the use of the general broadcast call sign, CQ. However, I had never known the origins of it. According to Dufty, CQ was “ham radio shorthand requesting conversation”, which means “seek you”.

In the final chapter of the book, Dufty points out that “new technologies were obviating the need for Morse code. The Air Force still uses Morse code, but the Army had phased it out in 1952; and in the Navy it was taught to only a select few.”

I don’t know about the Navy and the Air Force, except to say that there was still a requirement for Morse-trained intercept operators in the mid-1990s; and that the Navy continued to train small ship radio operators in visual Morse.

I found this an interesting, well-researched and easy-to-read biography of a remarkable woman who was practical, entrepreneurial, scientific, flexible, inventive, innovative, generous, patriotic, prescient and comfortable in the public eye. She believed that females were naturals for work in radio.

As a pioneer for the advancement of women, she was concerned about releasing women from the drudgery of manual work in the home and allowing them to take their place in society. This is a story worthy of being included in the Home-Front section of the Australian War Memorial.

I recommend this book.

Members of the Legion of Mary in our archdiocese felt uplifted after gathering for their Annual Consecration to Our Lady (‘Acies’) and for Holy Mass ... Read More