Bringing the presence of Christ to the Military 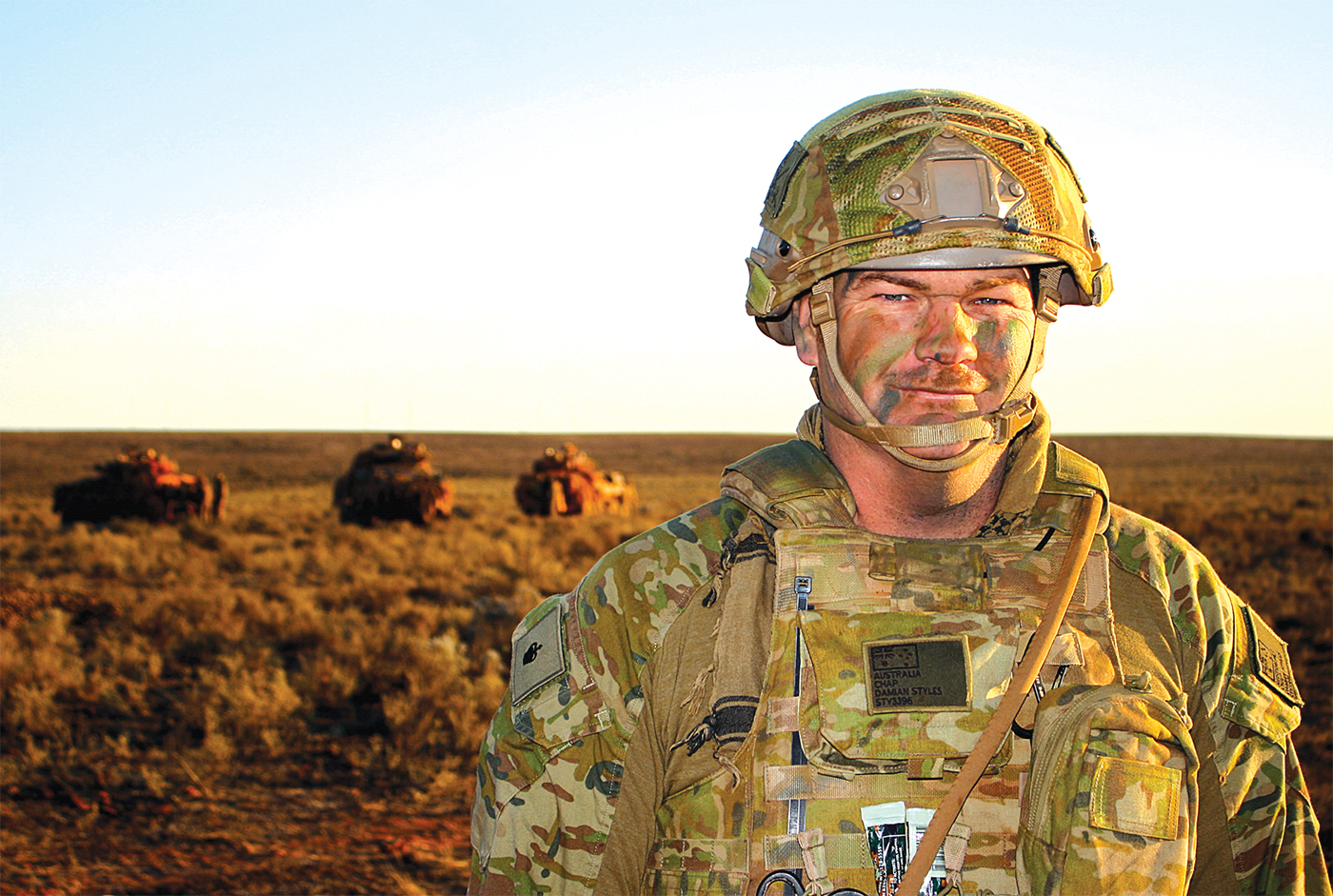 Tanks are his thing.

And God: “A chaplain walks with people in the environment that often leads to the big questions in life,” he says.

His role is, in effect, to be a priest in uniform.

Where soldiers deploy, he will also be. He says that gives him the opportunity to reflect the values of the gospels in the toughest situations.

“The Christian values and military values can uplift a person to be a genuine faith-filled person and live a great life within multiple forms of service for community and country,” he said.

His mission as a military chaplain is unlike many others, with what he calls its graces and challenges, sometimes in testing circumstances.

“The important element for successful ministry is that the chaplain identifies with military personnel, becomes one with them, wears their uniform and willingly shares their sacrifices,” he said.

“In this particular ministry of the Church, it is a mission to ensure that the presence of Christ reaches those women and men who offer themselves in service to the nation.”

His route started in Victoria when he joined the army in 1995 as a 17-year-old and served with the 1st Armoured Regiment, crewing a tank.

“I joke that as a 17-year-old, I wasn’t able to get my licence until 18 in Victoria, so I had my tank licence before my car licence.”

He was once working under a tank when the driver, unaware that he was there, started to move it. Fr Damian was seconds away from being crushed before the tank stopped.

He likes the challenge of working with soldiers, some with faith and some without. “It is a great opportunity to work with a dynamic and diverse group of people and their families, mostly young men and women, Catholic, denominational, inter-faith or even those without any sense of faith,” he said.

He has been deployed four times, including to Afghanistan and East Timor. He has also served in Australia and received a Conspicuous Service Medal for service to the 1st Brigade in Darwin.

“A chaplain has opportunities to reflect gospel values and show how their calling to service in the military can be linked – and should be linked – with their following of Christ if they are a Christian,” he said.

“There have been many grace-filled times, even though some have been in tragic circumstances.

“I think the satisfying times are the ones when I know I am being a priest. Baptising someone on a deployment after they have spent years searching for God. Sitting by the bed of someone sick and being thanked for supporting them in their hard time.

“We often look for the difficult times and dwell on them, but when I think about it, it is the grace-filled moments that give me great joy in service to the Lord.

“Ultimately, though, the Catholic chaplain is in uniform to be able to ensure that Catholic members have access to the sacraments and be able to be enriched with Catholic spirituality.”

He believes it is important for Catholics in the military to have pastoral care.

And he has a message: “If you know of someone whom you feel would be a good fit for military chaplaincy, encourage them to explore this unique ministry within the Church.”

Restrictions eased on places of worship in NSW

Media Release The Catholic Archbishop of Sydney, Most Rev. Anthony Fisher OP has thanked the tens of thousands of people across New South Wales who ... Read More