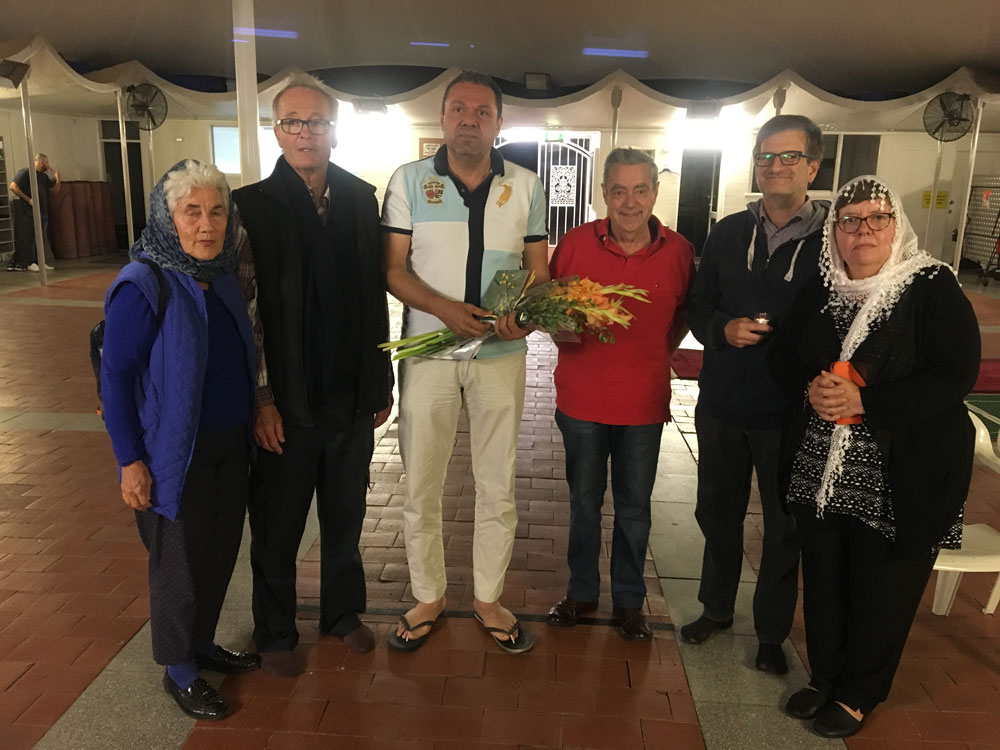 Hours after the shooting tragedy in Christchurch mosques on Friday March 15, members of Christian churches near to the Canberra Mosque in Yarralumla, gathered in unity with the Muslim community.

Few words were spoken, but hugs were needed, with flowers, lighted candles, condolences and solidarity from the Canberra Christian community.

On behalf of the Christian community, we shared their pain, their tears, their God…..in silent prayer.

The following day, Bishop Pat Power and Anglican Bishop Stephen Pickard visited the Yarralumla Mosque and Canberra Islamic Centre in Tuggeranong to give their Christian community’s support, sympathy and solidarity.

One passer-by’s note left at the Mosque reflects: One Life, One World, One God.

On Monday evening March 18, hundreds of people of all faiths and none gathered at the Mosque at the Canberra Islamic Centre to hold a vigil and prayer meeting for the victims.

Rabbi Shmueli Feldman, Bishop Stephen Pickard, and the Imam spoke as one in expressing solidarity and condemning the violence in Christchurch.

To Christchurch: From Cooma, with love

As one small gesture of love, compassion and solidarity, the Catholic community of Cooma has built a prayer chain made up of individual message links ... Read More