COVID-19 is a crisis.  But as always, there is opportunity.  It is opening new horizons in the way we work, socialise and rest.

We now have the technology to work from home or anywhere for that matter.  The industrial revolution did just the opposite.

The 19th Century saw the end of an agrarian society where people lived and worked at home.  Separation from partners and children for long hours became the norm as industrialisation progressed rapidly.

Now the pattern is reversed.

Interacting with people in the workplace, forging friendships with colleagues and doing meaningful work is thrilling.

Work is meaningful on a number of levels.  Pope John Paul II devoted an encyclical (1981) to the topic.

The meaning of work is perennial, but workplaces are not – they change.

COVID-19 is accelerating historical change.  In Australia, very few awards provided for people to work from home.  In a short space of time our country has witnessed changes to industrial relations laws that have been largely stagnant for 30 years.

The flow on effects should not be underestimated.  Travel time and costs will be reduced.  Less traffic congestion will be welcome.

We can be more present to our children, parents and grandparents.

Quantity, and thus quality time, with our loved ones will be on offer.  We will build bridges with intergenerational interaction.

Why should we require people to work set hours each week?

Rather, we simply require that outcomes are achieved.  Some weeks this may take 37 hours, other weeks more, but usually less.

A deeper sense of community may well emerge.  There is an opportunity to rebuild our society with families that are more united and local communities that are reinvigorated due to new-found freedoms, enabled by more flexibility in hours worked and location.

During the depression (1931), Pope Pius XI brilliantly annunciated and developed the principal of subsidiarity.  It holds that any activity which can be performed by a more decentralised entity should be.  Subsidiarity acts like a check on the state, if you like.

Equally important is the call that subsidiarity issues to citizens.

It encourages people to participate in local communities and groups, particularly when social participation dries up, as it had done in the 1920s.

Subsidiarity thus operates as an antidote to individualism, leading to deeper forms of solidarity.

Perhaps this is what it felt like during the industrial revolution in the 19th Century.  The old order passing away, the new one being ushered in, even if the skeleton was just visible.

Is history repeating itself?  It is a legitimate question.

In The Rise of Christianity (1996), Rodney Stark observed that one of the sociological reasons why the Christian faith advanced so quickly in the early centuries was due to how Christians responded to ancient plagues.

Christian communities were selfless in caring for others and so had greater survival rates.  There was an influx of new converts and new energy.

COVID-19 might well be a crisis that sees a strengthening of Christian communities, with the consequent benefits for the civil order. 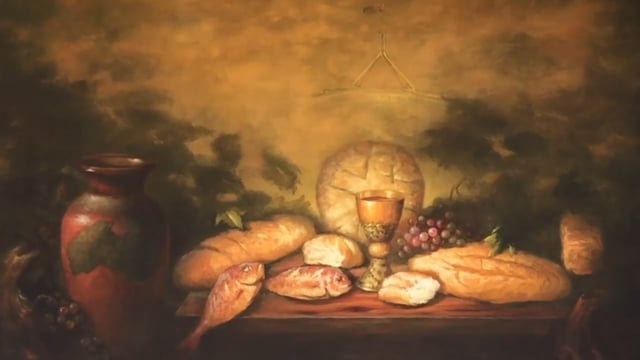 Fr Joe’s loaves and fishes with a uniquely Australian twist

Archbishop Christopher Prowse recently met up in Bermagui with Father Joe Tran who showed the Archbishop his beautiful painting of the loaves and fishes. Read More