We all need to protect the Seal 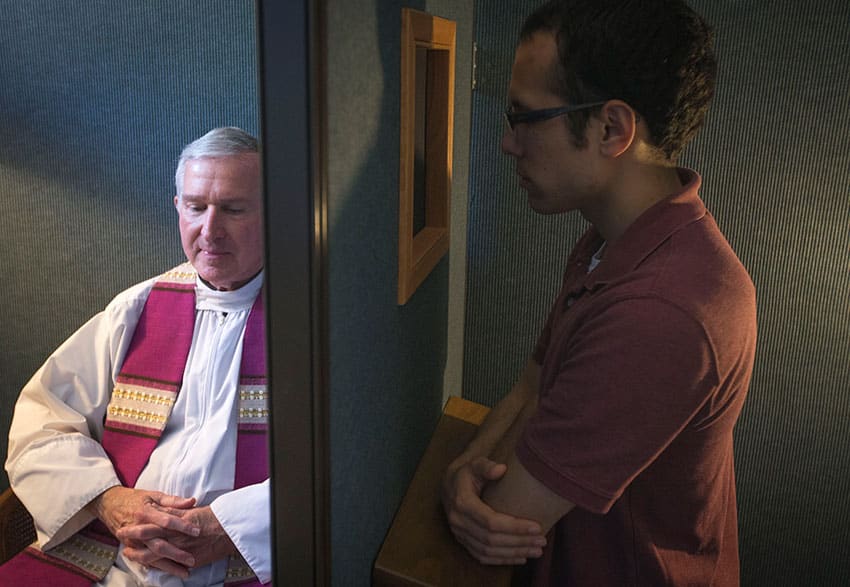 I tell people sometimes that the Second Coming will happen in either Ontario or Victoria. It may be more of a joke than a theological truth, but there really is something about these two states (although Ontario is officially a province) that seems like they are a little closer towards the end times than other places on the planet.

I was confirmed in these thoughts again last week when Melbourne City Council attempted to punish Catholic parishes within the municipality over the Seal of Confession.

Following the Victorian Parliament passing laws which abolished long-standing legal protections for the Seal of Confession and provided a penalty of up to three years in prison for those priests who refuse to break the Seal, Melbourne City Councillor Nicolas Frances Gilley put forward a motion that would have council management to write to all places of worship within the municipality and ask them to publicly declare that they would comply with mandatory reporting laws, including those relating to what is heard in confession.

The Council would then make public those places of worship that did not respond or that indicated that the Seal would be upheld and “take appropriate action that clearly advises people of the risks of using such institutions.”

In essence, the proposal was that signs from Melbourne City Council be erected outside Catholic churches, telling people that they were not safe places for children.

There was some resistance within the Council, and so a watered-down motion was passed, requesting instead a report on what role Local Government could take “in seeking confirmation from places of worship that they will comply with mandatory reporting laws, and appropriately responding where this is not the case.” The difference is just semantics.

ALL THAT REALLY CHANGED IN THE RESOLUTION IS THAT THE COUNCIL WILL CHECK FIRST WHETHER A LOCAL COUNCIL HAS ANY BUSINESS MEDDLING IN A STATE LAW BEFORE IT TAKES IT UPON ITSELF TO START ENFORCING IT.

Nor, really, do they have evidence that the mandatory reporting laws will ever be broken because, as has been said many times, those who abuse children don’t go to confession and even if they did, they don’t confess their crimes in sufficient detail to make a report useful.

Because of the rarity of these crimes being confessed, the Council knows that it is unlikely that a priest will ever be put in the situation where the law becomes applicable.

They also know that if he was, then he would accept a prison sentence rather than betray his vows, the penitent and the Seal.

So instead, they are looking for other ways to punish the Church for daring to suggest that there is something sacred about the Seal of Confession.

The proposed “unsafe” signs outside Catholic parishes is just one possible punishment.

Another suggestion made at the Council meeting was to remove the rate exemptions currently enjoyed by places of worship “as a further way the Council could put pressure on the Church to comply with the law.” Having the intentions of churches in relation to the Seal of Confession will be taken into consideration for “all future procurement opportunities” was another proposal made at the meeting.

In other words, the Council would use whatever financial leverage it could to compel the Church into compliance or punish it for non-compliance.

It’s not just Melbourne City Council looking into this.

IN THE AUSTRALIAN CAPITAL TERRITORY, AT THE SAME TIME THE MANDATORY REPORTING LAWS WERE CHANGED TO REQUIRE THAT THE SEAL OF CONFESSION BE BROKEN, THE EDUCATION REGULATIONS 2005 WERE ALSO CHANGED.

All non-government schools, including Catholic schools, are now required to work with the Minister for Education to implement the recommendations of the Royal Commission – including, presumably, the recommendation around the Seal of Confession – in order to maintain their registration as schools.

The new Regulations haven’t been tested yet, but it is possible and, dare I say, likely that at some point, a Catholic school that takes students to the Sacrament of Confession during school hours will be asked to demonstrate why its registration as a school should continue.

This is just the beginning.

Who knows what other creative ways local councils or state governments will come up with to apply pressure when it comes to the Confessional? We have to keep watching.

In the interim, the best way we can defend the Seal of Confession is to make sure we are frequently accessing the Sacrament. After all, we can’t expect politicians to stand up for our freedoms if we don’t exercise them.