Fr Richard Thompson recalls the horror of the Bali bombings, prays for peace 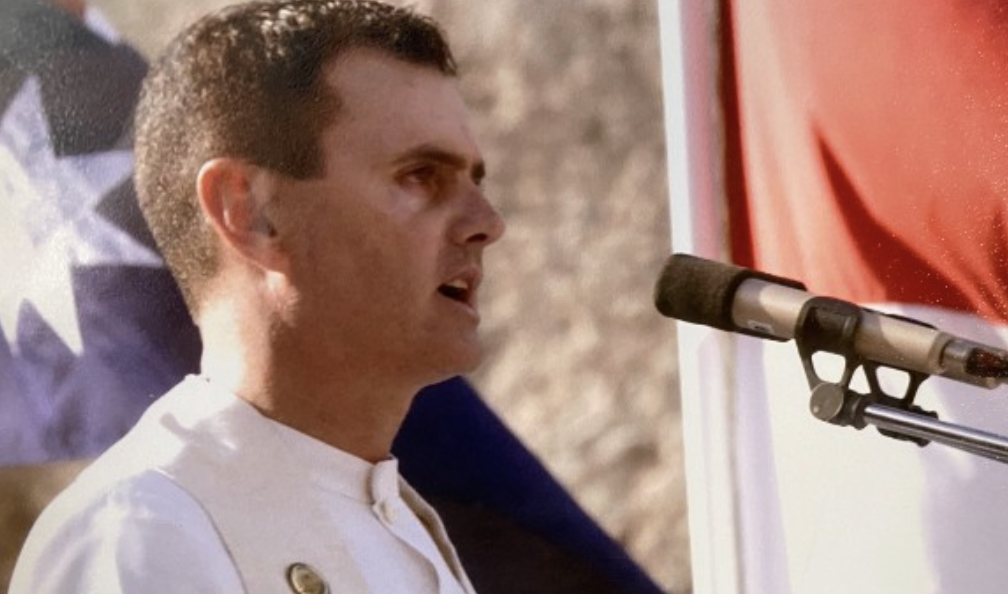 Canberra priest Fr Richard Thompson remembers firsthand the horror of the Bali bombings 20 years ago that claimed the lives of 202 people, including 88 Australians. A further 209 people were injured.

Fr Thompson was 45 and had just been posted as a senior navy chaplain to HMAS Albatross, when Islamic fundamentalists linked to al-Qaida detonated three bombs in the Indonesian holiday province: one carried in a rucksack by a suicide bomber and a car bomb which devastated Paddy’s Pub, and the Sari Club opposite, followed by a third device outside the US consulate in Denpasar..

Immediately, Fr Thompson was airlifted to Bali to play a pivotal role supporting Australian bomb survivors, the families of victims and government officials including police and forensic experts working on identifying the dead.

He recalled “the shock, the trauma” and the confronting work that faced the newly-arrived Australian forensic and disaster identification experts.

“We were working at the makeshift morgue,” he recalled. “It was terrible, like any first-responder stuff.”

“I was really just supporting the families and getting details from them, of their family members who they were looking for,” Fr Thompson said.

“And… making sure that we were with the families when that notification came through – so they didn’t just get a text message.”

The bombings were masterminded and carried out by extremists from Indonesia’s main island of Java.

Fr Thompson remembers how the attacks caused suffering right across the island of Bali. There were scores of Balinese victims, and the island’s tourism industry immediately dried up.

“We felt sorry for the Balinese,” he said.

“… the Balinese people are so gentle and peaceful. And this was not a Balinese doing – this came from outside.”

In the days following the bombings Fr Thompson presided over a memorial Mass for families and survivors. And he was recalled to Bali a year after the bombings for a significant memorial attended by Australian Prime Minister, John Howard, the Indonesian president Susilo Bambang Yudhoyono and leaders from Indonesia’s Catholic and protestant churches, as well as Hindu, Buddhist and Muslim faith leaders. “Their communities were all affected by this terrorist attack – but they were able to unite at that time, as did the national leaders. They all sat together so there was a great visual symbolism there of unity, as opposed to anger and disunity,” Fr Thompson said.

“It was a case of we remember together, we work together.”

During the frantic, bombing aftermath Fr Thompson recalls promising the family of one Australian victims that he would ensure their daughter’s remains were identified and returned home.

He was able to honour his word.

At a 10th anniversary commemoration in Bali, Fr Thompson said he was thanked by the family for following through on his promise.

“Well it wasn’t just me. It was the team – all those forensic and police team members who are amazing human beings,” he said.

Last weekend, Fr Thompson asked worshippers in his Mary Help of Christians parish in South Woden to pray “for the victims, both living and deceased… and that peace may reign in our world… so that the glory of God can be witnessed by all”.

As he prepared for a Mass to commemorate the October 12, 2002 Bali bombings, he said it is peace that he will pray for.

Fr Thompson reflected on the current state of the world: “I can’t believe that there’s a war in Ukraine. That just astounds me. And then North Korea, and Taiwan. Sometimes I say ‘have we learnt nothing?’”

Memorial services will be held across the country and in Bali to commemorate the 20th anniversary.