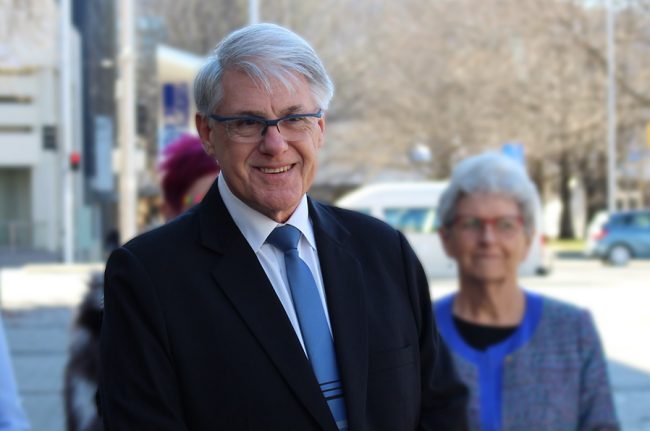 Barnie Van Wyk is stepping down after almost five years as CEO of Vinnies Canberra and Goulburn.

Michelle Colefax will be acting CEO until a replacement has been appointed.

The president described Barnie as an “outstanding leader” who had served Vinnies and the community with great commitment.

“He has navigated the society through challenging and exciting times, such as the devastating bushfires and COVID-19 and has assisted with major change management and fundraising initiatives such as the well-known CEO Sleepout.”

He said under Barnie’s leadership the society had seen growth in its revenue base to $30 million per annum, the opening of new shops and renovations to others, record fundraising from the annual CEO Sleepout, and operating surpluses over the past five years.

Barnie said what stood out most for him aside from corporate and financial achievements was the people side of the business.

“I’ve met people of great heart in the society,” he said. “It’s amazing to see people with such dedication and commitment. It’s something I will never forget.”

He had also seen a significant increase in stakeholders and donors which he credited to the community’s understanding of Vinnies’ achievements.

“They could see it was about supporting the most vulnerable and those who couldn’t look after themselves. That’s what it is all about.”

He said he would miss most seeing Vinnies’ programs come together and the benefits they brought.

“They make a huge difference,” he said.

Barnie has no immediate plans but says taking a break and catching up with family and friends as conditions allow is the main thing.

Barnie grew up in South Africa in a family background of helping others and he credits that for the motivation behind his time with Vinnies.

“I believe the only way you can truly be blessed is by looking after one another,” he said.

“It doesn’t mean you are materially blessed. It means you are blessed spiritually with great peace and joy of heart.”

Listen to what the Spirit is saying

Who is the Holy Spirit? The woman who asked me this question recently attended a seminar I gave at which I had touched on this ... Read More