Will Pope Francis meet the Chinese president this week? 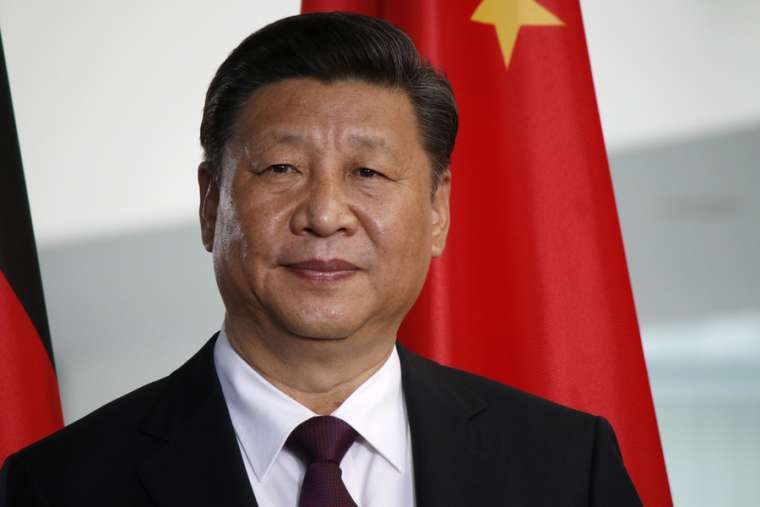 Chinese President Xi Jinping at a press conference after a meeting with the German Chancellor in Berlin July 5 2017. Photo Shutterstock

VATICAN CITY: As Chinese President Xi Jinping travels to Rome this week, there has been much speculation as to whether his trip will also include an unofficial visit with Pope Francis.

Ahead of the Chinese president’s arrival in Italy March 21, the AP reported that Vatican Secretary of State Cardinal Pietro Parolin said, “Our door is always open.”

“The proclamation of the Gospel in China cannot be separated from a stance of respect, esteem, and trust toward the Chinese People and their legitimate state authorities,” Parolin wrote in his introduction to the book, The Church in China: A Future Yet to be Written, published this week to coincide with Xi’s visit to Italy.

Parolin wrote that the provisional agreement signed by the Holy See and China in September was “not so much a point of arrival as a starting point.”

Italian media have been speculating about a possible meeting, noting that Pope Francis’ schedule does not have many appointments planned for the dates when Xi will be in Italy March 21-23.

However Chinese sources have expressed that a potential meeting between the pope and the Chinese leader is unlikely.

The Chinese Foreign Ministry spokesman Geng Shuang said he was “not aware” of a potential meeting between the pope and the president, but said that China is ready to meet the Vatican halfway through “constructive dialogue” to “accumulate mutual trust.”

Since China severed diplomatic ties with the Holy See in 1951, a potential meeting between the pope and the Chinese leader would have to be an unofficial meeting.

Xi Jinping’s visit to Italy beginning March 21 will focus on the two countries’ economic ties with the Chinese hoping to secure Italian support for their Belt and Road Initiative, which aims to expand commerce through infrastructure investments.

The Chinese president will then travel to Monaco and meet with President Emmanuel Macron in Nice, France before returning March 26.

A Vatican source told the National Catholic Register that it is unlikely that a meeting will occur, but said that “last-minute decision is possible.”

The source added that the Vatican has been planning a papal trip to China for at least two years and hopes that it will take place by 2020.

The Vatican-China provisional agreement, signed Sept. 22, 2018, is still confidential in nature. The deal reportedly allows the Communist government-backed Chinese Catholic Patriotic Association to choose a slate of nominees for bishop. One effect of the agreement, the Holy See recognised seven illicitly consecrated Chinese bishops and entrusted them with the leadership of Chinese dioceses.

At the moment all of China’s bishops have recognition of both the government and the Holy See. Since the deal, no new bishops have yet been appointed to China.

“The path of unity is not yet entirely complete and the full reconciliation between Chinese Catholics and the respective communities to which they belong remains a primary objective. It is more than ever necessary, therefore, that in China a serious path of purification of memory begin progressively,” he said.