Archbishop Gallagher at UN: ‘Racism can and must be defeated’ 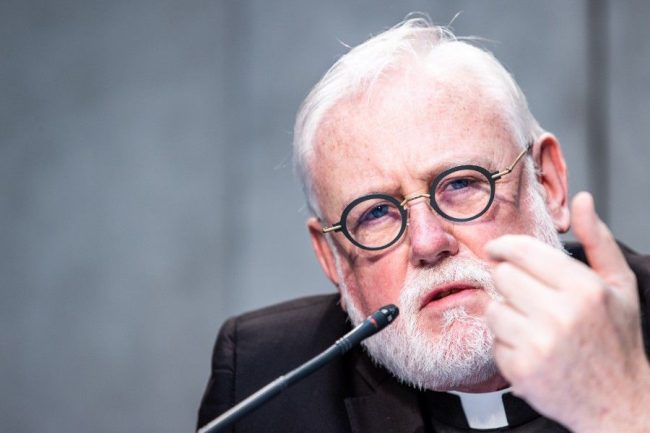 Archbishop Paul Gallagher, the Vatican secretary for relations with states.

New York City, N.Y., Sep 23, 2021 / 01:00 am (CNA) – The Vatican’s foreign minister on Wednesday addressed heads of state at the United Nations, noting that the Church is “engaged in combating all forms of racism, racial discrimination, xenophobia and related intolerance.”

“Racism is rooted in the erroneous and evil claim that one human being has less dignity than another. This not only disregards the truth that ‘all human beings are born free and equal in dignity and rights,’ but also the foundational ethical summons to act toward “one another in a spirit of brotherhood,” said Archbishop Paul Gallagher, Secretary for Relations with States at the Vatican Secretariat of State.

Archbishop Gallagher addressed the UN high-level meeting Sept. 22 to commemorate the twentieth anniversary of the adoption of the Durban Declaration and Programme of Action, an agreement between states to address racism and racial discrimination.

“Universal human rights are indivisible and interdependent and thus cannot exist in opposition,” he noted. “Laws and norms that seek to root out discrimination and intolerance must therefore respect the right to freedom of opinion, thought, religion, and conscience. Monitoring, investigating, and prosecuting incidents of racism, racial discrimination, xenophobia and related intolerance should never become a justification for States to violate the human rights of minorities or to censor minority opinions.”

“Racism can and must be defeated through a culture of encounter, fraternity, and solidarity,” Archbishop Gallagher said.

“While adopting international agreements and declarations such as the Durban Declaration are an important and necessary step, they must lead to real change through implementation by governments as well as through education and ethical media reporting, providing fact based and objective information in ways that respect the dignity of all and do not foster a divisive ‘us against them’ mentality.”

In addition to racial discrimination, Archbishop Gallagher also noted that religious discrimination and persecution remains a serious problem throughout the world, though “The Durban Declaration rightly expresses concern about intolerance, hostile acts, and violence against religious groups.”

“In recent years, we have witnessed an overall rise in religious persecution by both State and non-State actors,” he said.

“Individuals and entire populations are discriminated against because of their faith while perpetrators often enjoy impunity. Some religious minorities in certain regions even face extinction, including Christians who represent the most persecuted group globally.”

He also highlighted the “insidious practice of eugenics.”

“Today, we could say that a eugenic mentality often lurks behind artificial procreation techniques and the dark sides of pre-natal diagnostics, where the idea that there are human beings of inferior value because of disability, sex, or other traits often leads to the denial of their right to life,” he said.

“Such a mindset entrenches principles of discrimination squarely opposed to the Durban Declaration and cannot be ignored.”

VATICAN CITY: For the next two months, most of the ink spilled by Catholic journalists will be dedicated to the Amazon, and October's synod that ... Read More