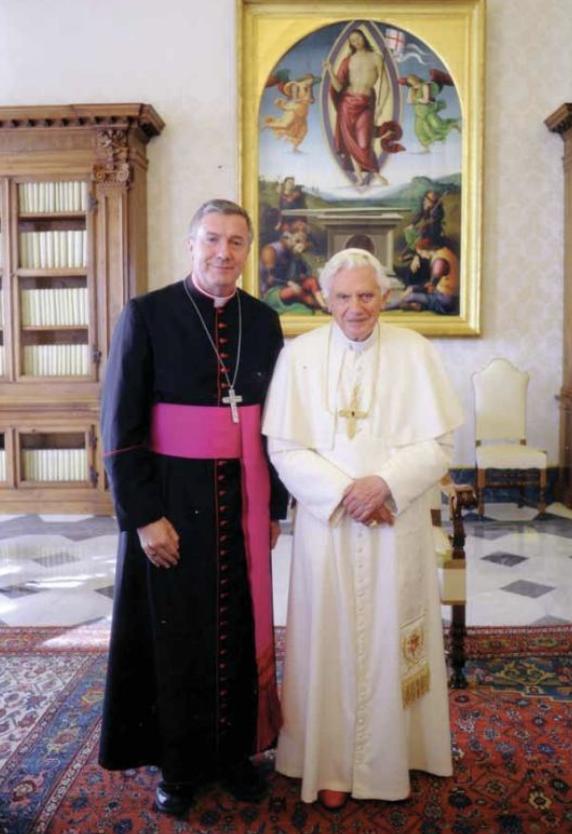 Archbishop Christopher Prowse with Pope Benedict XVI during their meeting in the Pope’s chambers as part of the Australian Bishops’ ad limina visit to the Vatican. (Catholic Life, Archdiocese of Sale, November 2011)

Together with so many around the world, the Catholic Archdiocese of Canberra and Goulburn mourns the death of Pope Emeritus Benedict XVI, Joseph Ratzinger (1927-2022).

He is remembered as a towering Catholic theologian and professor, a close collaborator of St (Pope) John Paul II, Pope Benedict XVI (2005 – 2013), and for his resignation in 2013.

For Australians, we will recall with affection his hosting as Pope of World You Day in Sydney (2008).

On his election as Pope and especially his eloquent Encyclical, “Deus Caritas Est” (2005), Gods is Love, indicated a tone that stressed simply the love, hope and joy of our encounter with Jesus.

May he rest in peace. Amen

Over 2,000 Archdiocese of Canberra & Goulburn Catholic Education staff attended the system day on Monday at Canberra Convention Centre Catholic education was in the ... Read More