Friends, family, his fellow religious and clergy and many others farewelled Monsignor Kevin Barry-Cotter at St Christopher’s Cathedral today.

Archbishop Christopher Prowse was the chief celebrant for the requiem mass, concelebrated by over 35 of the Monsignor’s brother priests.

After health battles in recent years, Fr Kevin, as he was known, passed away peacefully in Adelong on the last weekend of February. He was aged 86.

In welcoming the gathering, Archbishop Christopher said Monsignor Barry-Cotter was a most dedicated priest for the Archdiocese of Canberra and Goulburn for over 60 years having served in numerous pastoral and administrative appointments.

He said he was a mentor to many of his fellow priests who felt his passing in a very profound way with “gratitude to God for the great priest he was”. “More importantly he was graced with a deep and fatherly spirituality where the documents of the Second Vatican Council… were his ‘guide, inspiration and strength.’ ”

The homily was delivered by Monsignor John Woods who recalled he’d first met Monsignor Barry-Cotter when the former was a young altar boy.

Recalling Monsignor Barry-Cotter’s involvement in the scouting movement, Monsignor Woods said for many he was a father figure who helped navigate the teenage years and enter adulthood the better for the experience.

“A good mate from those days later spoke of Kevin as a legend. And to us he was.” 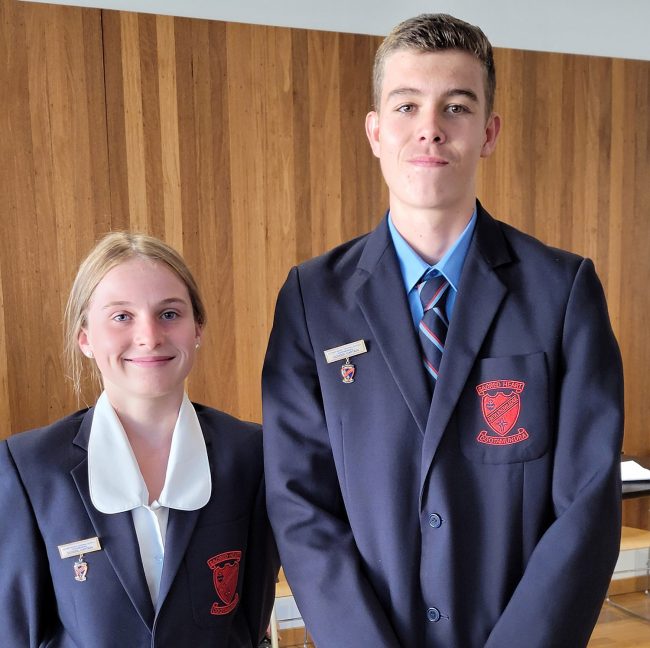 “How fortuitous then that we commend Kevin in the Year of St Joseph, the father-figure who spoke loudest by his actions.”

During the service, School captains from Sacred Heart Central, Cootamundra, India Bodycott and Jack Murphy, brought forward a pall (cloth covering) and placed it over the casket.

Family and friends presented numerous items connected with his life, including his baptismal cup, his First Holy Communion certificate, items from his years of study in Rome, and from his priestly vocation such as the Chalice used during his first Mass in Rome up to his last Mass at Adelong.

Fr Kevin aspired to only ever be a “simple country priest” and the final words on his life come from the Monsignor himself (taken from his estate documents):

“I have been very happy, close to God, my family, my priestly friends and the good people of Adelong-Batlow. Thank you for being here – pray for me.”

Another service for Fr Kevin will be held at St James’ church in Adelong on 11 March followed by internment at the Adelong Cemetery.

Can a whole town be abuzz with excitement?Jo Scott-Pegum, principal of St Patrick’s Primary believes it can as the town prepares to celebrate the upcoming ... Read More